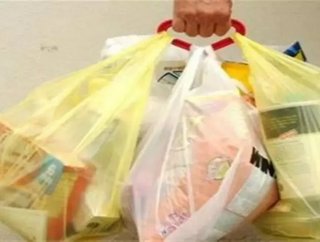 "I applaud Judge Jackson for her careful consideration of the issues, and for rejecting arguments by plastic bag manufacturers that clearly misapplied state law," San Francisco City Attorney Dennis Herrera said in a statement. "San Franciscans deserve the same benefit other jurisdictions enjoy from an effective policy that has been shown to reduce the proliferation of single-use bags use by as much as 95 percent."

The new prohibition goes into effect October 1, affecting all retail stores immediately and then restaurants starting next summer. Shoppers are encouraged to bring their own reusable bags wherever they go shopping or they will have to pay the small fee for paper bags, which will be kept by the individual stores. Stores caught violating the ban will be fined up to $500 per violation.

"[Plastic bags] are one of the most common forms of waste found on beaches, and they can have dire consequences for marine life, killing or injuring hundreds of turtles, whales, birds, fish and other marine life every year," wrote Leila Monre, an ocean conservation attorney at the Natural Resources Defense Council, in a blog on The Huffington Post. "Over the last 25 years of the International Coastal Cleanup, 7,825,319 plastic bags have been collected from beaches around the world."