Satellite Out of Fuel, Falls to Earth 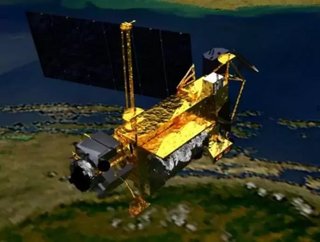 Its a bird, its a plane, its&hellip; a giant satellite crashing down to Earth! Yes, NASAs decommissioned Upper Atmosphere Research Satellite (UARS) is...

It’s a bird, it’s a plane, it’s… a giant satellite crashing down to Earth!  Yes, NASA’s decommissioned Upper Atmosphere Research Satellite (UARS) is falling out of its orbit and is expected to crash into the planet any time now.  Unfortunately, we don’t know when or where.

The UARS ran out of fuel in 2005.  NASA controllers used the last of its fuel to lower one side of the satellite’s orbit to facilitate a hastier re-entry.  But with no more fuel available, the satellite’s re-entry will be uncontrollable.

"It is still too early to predict the time and location of re-entry with any certainty," NASA said in a statement.

The satellite is expected to break into more than one hundred pieces as it descends through Earth’s atmosphere, and most of those pieces will burn off, never reaching the ground.  However, there will be about 26 pieces of debris representing a total of 1,200 pounds of heavy metal, that will crash to Earth and the space agency has put forth a figure of 1 in 3,200 odds of someone somewhere on Earth being hurt.  The actual odds of a single person getting hurt are more akin to 1 in 22 trillion.