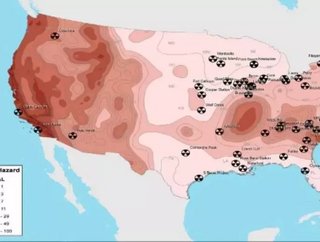 Amidst the ongoing nuclear disaster in Japan&mdash;that third-party scientific investigators are claiming is 30 times worse than Chernobyl&mdash;some...

Amidst the ongoing nuclear disaster in Japan—that third-party scientific investigators are claiming is 30 times worse than Chernobyl—some countries seem to be coming to their senses and rethinking the cost versus benefit of using nuclear power.  Germany, Italy and Switzerland are all moving to end their nuclear energy programs by substituting clean, safe renewable alternatives.  However, other developed nations, like the U.S., are making no such efforts.  That’s unfortunate, considering that the Associated Press’ year-long investigation into U.S. nuclear power reveals some scary truths about the safety of the industry.

The report reveals the following:

“Federal regulators have been working closely with the US nuclear power industry to keep the nation's ageing reactors operating within safety standards by repeatedly weakening those standards, or simply failing to enforce them. Time after time, officials at the US Nuclear Regulatory Commission (NRC) have decided that original regulations were too strict, arguing that safety margins could be eased without peril, according to records and interviews.

“Examples abound. When valves leaked, more leakage was allowed — up to 20 times the original limit. When rampant cracking caused radioactive leaks from steam generator tubing, an easier test of the tubes was devised, so plants could meet standards.

“Failed cables. Busted seals. Broken nozzles, clogged screens, cracked concrete, dented containers, corroded metals and rusty underground pipes — all of these and thousands of other problems linked to ageing were uncovered. And all of them could escalate dangers in the event of an accident.

“Yet despite the many problems linked to ageing, not a single official body in government or industry has studied the overall frequency and potential impact on safety of such breakdowns in recent years, even as the NRC has extended the licenses of dozens of reactors.”

If this doesn’t scare you, it should!  Nuclear energy isn’t the same kind of industry as natural gas and oil, and the oil industry in particular is regulated with a fine-toothed comb in the U.S.  The major difference, however, is if an oil plant goes up in flames, the incident is relatively isolated, whereas a nuclear reactor meltdown can have radioactive effects that can stretch for hundreds of miles and last for decades, not to mention mutate the DNA of entire segments of the population (just Google some images of the children and animals born after the Chernobyl meltdown to get an idea of what radioactive DNA mutation looks like)

To think that the U.S. is immune to the kind of devastation witnessed in Japan is simply ignorant, and the revelations made by the AP’s report should be a wake up call to the people of the United States.  The above image, for example, shows those locations in the U.S. where seismic activity is highest (note the proximity of active nuclear power plants to potential earthquake zones).  That’s not to say that the nuclear energy industry should be shut down completely like is happening throughout Europe, but at the very least the U.S. government owes it to its citizens to properly regulate the industry, which has the potential, don’t forget, to literally wipe out life on this planet (cockroaches excluded) in the event of a major disaster.  Perhaps we’ll have to wait a few years for the reports of mutated Japanese babies being born by the thousands to start making headlines before we wake up and expect more from an industry and the regulators that hold our lives and the very integrity of our DNA in their hands.