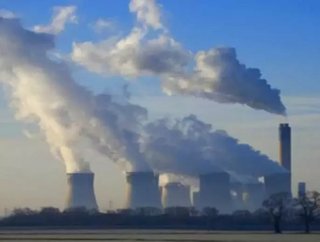 The Memorandum of Understanding (MoU) between Edinburgh-based SCCS and Korea Carbon Capture and Sequestration R&D Center (KCRC) is the first such agreement to be signed between UK and South Korean CCS researchers.

As well as creating a framework for a joint programme of research, it will also enable the flow of knowledge between the two institutes and provide training opportunities for researchers in both the UK and South Korea.

CCS technology, which has the potential to capture large volumes of CO2 from facilities fed by fossil fuels and store it permanently underground, has a vital role to play in global efforts to limit global warming. However, a significant amount of research and development is needed to test the technology, as well as reduce costs and improve efficiency.

Professor Stefano Brandani, a member of the SCCS directorate and Chair of Chemical Engineering at the University of Edinburgh, said: “It is a pleasure to have the opportunity to build on our links with South Korea and establish a formal MoU with KCRC. International cooperation is an essential aspect for the successful deployment of CCS worldwide, and there are clear opportunities for fruitful joint research between KCRC and SCCS.”

The MoU marks another milestone in CCS collaboration between SCCS and South Korea. In December 2011, researchers from the University of Edinburgh and Yonsei University embarked on a three-year joint project to design an advanced process for producing power and hydrogen from the gasification of coal feedstock.

Dr Sang-Do Park, Director of KCRC, said: “Recognising the importance of CCS for the solution to climate change, the Korean government, as well as developed countries, makes significant investment to develop advanced CCS technologies. Being at the core of the Korean government’s CCS project, KCRC is strengthening international collaboration and networking. I am happy to get this MoU between SCCS and KCRC to establish the framework for CCS cooperation. Based on this MoU, I look forward to promoting cooperation with SCCS on innovative CCS technologies.”

Professor Brandani, who participated in the MoU signing ceremony on Friday in Jeju Island, South Korea, made a keynote speech at the 3rd Korea CCS Conference, the country’s annual showcase of work already under way on CO2 capture and storage technologies. The national-level conference was attended by over 450 delegates, highlighting the value being attached to the future role of CCS in the country’s energy sector.

The MoU between SCCS and KCRC will run for three years, with the potential to extend the collaboration.

SCCS, based in Edinburgh, is a research partnership of British Geological Survey, Heriot-Watt University and the University of Edinburgh. Its researchers are engaged in high-level CCS research as well as joint projects with industry, with the aim of supporting the development and eventual commercialisation of CCS in the UK and abroad. More information at www.sccs.org.uk

KCRC has been tasked by the South Korean government to take forward the development of innovative CCS technology through the Korea CCS 2020 Project. The government will provide funding of around £110 million over nine years, between 2011 and 2019, in order to deploy the technology by 2020. KCRC is promoting international cooperation with universities and institutes around the world. More information at www.kcrc.re.kr