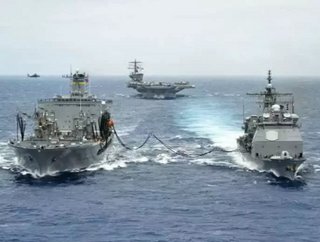 On Wednesday, the Senate showed there is strong bipartisan support for initiatives by the Department of Defense to diversify its fuel sources and decr...

On Wednesday, the Senate showed there is strong bipartisan support for initiatives by the Department of Defense to diversify its fuel sources and decrease its dependence on oil – initiatives that could help the private sector as well.

By a margin of 62 to 37, the Senate voted against a proposal in the National Defense Authorization Act that would have prevented the military from buying biofuel to meet its energy needs.

After the vote, Environmental Entrepreneurs co-founder Nicole Lederer made the following statement:

“From commercial aviation to the Internet, the military has historically led some of our nation’s greatest economic transformations – and the military’s leadership on biofuels is no different.  Military programs are already driving innovation, private-sector investment and job creation in the biofuel industry. Now that the market has a clear signal from Washington, that growth can continue.”

According to a recent E2 report, more than 14,000 jobs and $10 billion-plus in economic activity could be created if the military meets its previously announced biofuels goals. The Air Force and the Navy – two of the biggest users of oil in the world - want to get 50 percent of their fuel from biofuels by 2020.