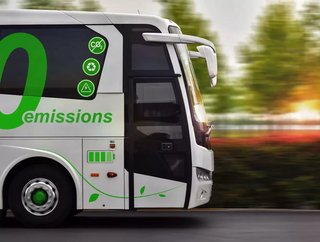 In a recent press release, Siemens gave details of its EV charging infrastructure in Leipzig, Germany, which will facilitate its electric bus network...

In a recent press release, Siemens gave details of its EV charging infrastructure in Leipzig, Germany, which will facilitate its electric bus network.

Capable of powering 21 low-floor vehicles, the company will be providing VDL Bus & Coach with charging stations on lines 74, 76 and 89, as well as the Lindenau bus depot. Siemens projects that its systems will be operational in 2021.

The overture in a series of smart energy developments which will see Leipzig transform its urban spaces to be more sustainable and energy-efficient (see: Mobility Strategy 2030). “The emphasis is on making growth ecologically, socially and economically balanced,” stated Burkhard Jung, Mayor of Leipzig.

Realising that making the transition to electric vehicles will not occur smoothly without laying sufficient infrastructure first, Boris Höltermann, Managing Director of VDL, said that he was glad to have Siemens as a partner for this endeavour.

“Switching to electric bus transport requires not only the vehicles but also an efficient charging infrastructure that guarantees reliable operation. We are pleased to have Siemens with its widely diversified portfolio and expertise as our partner in this project.”

Earlier this year, Siemens, no stranger to reimagining urban spaces with smart energy capabilities, announced the creation of the UK’s first ‘electric avenue’ in Westminster, London.

This brought the total amount of converted lamp EV charging points in the area to 296, with plans by the Westminster City Council to bring this number up to 1,000 within one year.

Approaching the same issue from a different direction, Siemens’ work on Leipzig’s public transport will have even better ‘green credentials’ as a more eco-friendly form of mass transportation.

Smart energy and the cities of the future

Siemens’ plan involves equipping four terminal stations with five Sicharge UC 600 charging units - a fast-charging system with 450 kW of power. All components of the compact design, including connections, transformers and power distribution will be integrated into the grid.

In addition, the company will be installing 21 Sicharge UC 100 units (power output 100 kW) for overnight charging and pauses in operation.

Jean-Christoph Heyne, Head of Future Grids at Siemens Smart Infrastructure, emphasised that the project would require broad collaboration between multiple parties and industries to achieve:

“I’m confident that, together with VDL and the Leipzig transport operator LVB, we will make the transition to electric buses with ease.

“eBus depots will play a particularly important role in the cities of the future. During the planning stage, it is important to design the overall system according to the customer’s individual needs, including power supply, charging technology and control of the charging processes.

“This requires the best possible combination of the energy, mobility, and building worlds,” he said.