Smart Meter Growth to Double by 2013 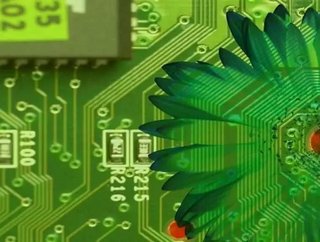 The number of smart meter deployments across 35 emerging market countries in 2013 will be more than double the number of deployments in 2012, according to Northeast Group's annual Emerging Markets Smart Grid: Outlook 2013 study. With growth continuing throughout the decade, these countries will represent a smart metering - or advanced metering infrastructure (AMI) - market of $56 billion by 2022. The total number of electricity meters in these countries will grow to 546 million by 2022, with 27% already targeted by regulators to be "smart." The new study analyzes the smart meter and smart grid potential of 35 countries from Central/Eastern Europe, Eurasia, Latin America, Middle East/North Africa, South Africa and Southeast Asia.

"These 35 emerging market countries were active in deploying smart meters and associated smart grid infrastructure in 2012, with over 1.3 million AMI meters deployed. This activity does not even include the mega-markets of China and India, which are not covered in this forecast," said Northeast Group. "A number of emerging market utilities have already announced large projects for 2013, fueling our expectations that the number of smart meter deployments will more than double next year."

In recent years, smart grid activity has largely been focused in North America, Western Europe, and East Asia, primarily due to higher electricity demand profiles in these regions. But smart grid infrastructure offers emerging markets a diverse array of benefits as well, including improving reliability, reducing non-technical losses, and incorporating renewable sources of energy. As smart grid financing models and regulatory frameworks have improved, emerging market countries are catching up with their more developed peers.

"Regulatory development was somewhat mixed in 2012, but positive on the whole," continued Northeast Group. "In particular, emerging market countries are cooperating with more developed countries to establish interoperability standards for smart meters, helping reduce a considerable amount of risk from these investments. This will facilitate the entry of leading international vendors into the market, many of whom already have local partners and are established in these countries. In fact, ten leading international vendors accounted for over 90% of deployments across the 35 countries in 2012."

"One negative sign was that some emerging market countries backed away from previously announced deployment targets, but these targets are not out of reach if smart meter prices decline and financing improves. Utilities and governments are learning important lessons from widespread pilot projects, which should lead to clearer smart meter regulations over the next few years," added Northeast Group.

All 35 countries analyzed in the study are projected to begin smart grid deployments in the coming decade. In fact, 14 of the 35 countries are well positioned to begin large-scale smart grid deployments within the next 1-3 years. These include Brazil, Bulgaria, the Czech Republic, Estonia, Hungary, Latvia, Mexico, Poland, Qatar, Romania, Singapore, Slovakia, Slovenia, and the United Arab Emirates. Some of these countries are already in the early stages of large-scale rollouts.

Smart metering - or AMI - deployments will be the first step of smart grid activity in most of these countries, creating significant markets for the various AMI components across the 35 countries.  These components include meter hardware, communications, IT (meter data management and customer information systems), and professional services markets. Following AMI, there is strong potential for distribution automation, substation automation, wide area measurement and home energy management technologies, including distributed generation and electric vehicle supply equipment.

Northeast Group ranked the smart meter potential of each country based on the potential benefits, the regulatory framework in place, and the total market size. The study includes details on each of the 35 countries, including their industry structure, regulatory framework, business case indicators, existing smart grid activity and vendors. There are market forecasts for each of five regions covered, as well as a comparison of these forecasts to the China and India markets. Additionally, the study gives an overview of the leading smart meter hardware vendors in emerging markets, including market share data.