Smarter, not more: Demand Side Response and winter crunch 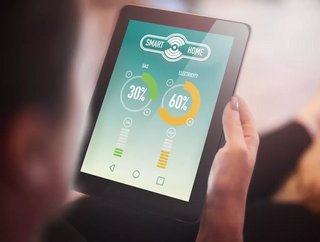 As schools and offices return to normal, and grid demand returns to a pre-pandemic profile, we’ve seen power prices rocket to new highs. We expect winter demand to be higher than that of summer but even on a mild, early September morning we saw the grid in a bit of a crunch.

On Monday, baseload power prices reached a record high of £230/MWh, a height last seen in on a cold, still day in January 2021. Part of this current crunch relates to the summer maintenance break for nuclear continuing, so they’re not back online yet. However, even with nuclear back in the fold this winter, we’re likely to see more price records and tight margins.

Gas prices across Europe are soaring. Last year’s cold winter drained gas supplies and reserves are yet to be filled. Added to this, North Sea production is slightly down thanks to outages so we can’t rely on domestic production to plug the gap. Long heralded the bridge fuel for the energy transition, it’s often the cornerstone of our energy mix when margins are tight and renewables are unable to generate.

That said, surging gas prices could throw our decarbonisation plans into a spin this winter. Coal was called upon to help with tight margins this week and as gas prices continue to climb, coal could look increasingly economical. With the world descending on Glasgow in November, there is a risk COP26 could be relying on coal to keep the discussions going.

Looking further afield to Europe has also been part of our winter grid planning, typically between 7-10% of our electricity is imported. Cheap imports from the continent are unlikely this winter as they also face higher gas and carbon prices.

Reconciling Demand Side Response in a net zero age

Despite rising prices impacting the cost of electricity in GB and beyond, this doesn’t need to be a winter fuelled by panic buying. National Grid have predicted a winter of tight margins – but this isn’t the first time we’ve been in this situation. In fact, last winter was the tightest since 2016 and the lights stayed on.

Using smarter, not more is one way to keep the risk of blackouts lower this winter. Demand Side Response (DSR) could play a crucial role in our efforts to not only reduce overall grid demand, but also reduce demand at times when the grid is under the most strain.

While it sounds simple, no one wants to be told they can’t use electricity when it’s become central to our lives. And with plans to electrify heating and transport to reach our net zero targets the messaging around telling people “not now” becomes even more important.

Energy users with half-hourly meters have already had incentives to reduce their usage during high winter peaks – this was through the charging mechanism around triads – a system where using the grid during the three highest winter peaks incurred additional, significant costs. However, this winter will be the last season where the triad regime runs.

As we prepare for a winter where margins already look set to be tight, we need to consider how we incentivise people to make tweaks to their energy usage to keep the grid resilient. Whether this is an app to auto-control usage or a better understanding of how our habits impact the whole grid, this is a challenge that requires innovation and creative storytelling to work hand in hand to bring the consumer on the journey.