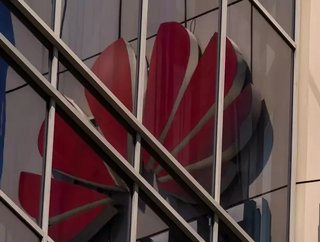 The SNEC solar conference and trade show provided great solar technology insights last week. Two of the companies in attendance, Huawei and Yingli, announced their collaboration on a smart energy project. The communications company and solar manufacturer have teamed up to form ‘smart energy and power’.

High-level members from both companies attended the event in Shanghai last Thursday to unveil their partnership, which will involve working closely on a national photovoltaic-technology training centre, as well as smart energy production and big data facilities,  to support the Chinese PV market.

As can be expected, there were many new developments brought to the tradeshow last week. BYD Solar attended the event to show off several new PV modules, including a 210mm-wafter based product, 182mm unit,182mm bifacial, duo-glass device, a tunnel-oxide passivated contact (TOPCon) and heterojunction panels.

BYD is more commonly known for the production of its electric vehicles (EV) but has recently branched out into the fast-growing solar energy market. According to BYD’s General Manager Bi Guozhong, the company will have to catch up with the already established market, as it intends to meet its competitors within the next two years.

Sinseng Electric, a manufacturer of inverters, made a significant announcement at the event. The company brought its recent product release, a 1500v, large-current inverter, to the event. According to Sineng, the inverter provides a maximum power of 352kW with a rated power of 320kW. The unit is said to be compatible with modules that are similar to those that were released by BYD and offers 20A and a maximum power point tracking (MPPT) range of 500- 1500v.

He Liang, Vice President of LDK’s R&D centre, brought the company’s S series solar modules to the show, providing insights into the new developments in the technology used for the products. The S series modules provide an average conversion efficiency of more than 24%, and its panels are built for around 16% less than rival companies.

Arctech Solar made the most of the event, as it launched the ‘first wireless synchronous adjustable bracket’, for which the company claims to have had 100mW worth of orders - from state-owned solar projects. The product has been developed from the previous push-rod design to a much simpler screw-rod assembly method, which is said to be more suitable for harsh environmental conditions. The device adopts wireless signal transmission and uses a newly developed motor drive to allow adjustment from five to 60 degrees in 60 seconds while ensuring its multiple motors will adjust simultaneously.