Solving the World Food Crisis with Salt and Sunlight 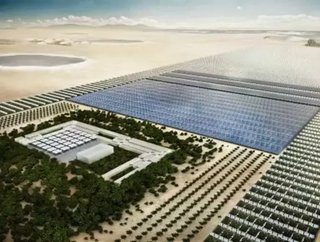 With food and water supplies at risk in various parts of the world, a new innovative solution offers a newfound sense of hope. Using only seawater and...

With food and water supplies at risk in various parts of the world, a new innovative solution offers a newfound sense of hope. Using only seawater and sunlight, even the most hostile, arid regions can create ideal growing conditions for crops and produce fresh water for irrigation.

The Seawater Greenhouse technology can enable year-round crop production in some of the world's hottest and driest regions. The technology can be adapted to suit a variety of customers, both small and large-scale, and used to produce a wide variety of fruits, vegetables, flowers, etc.

The Seawater Greenhouse website provides a thorough description of the process:

"The air going into the greenhouse is first cooled and humidified by seawater, which trickles over the first evaporator. This provides good climate conditions for the crops. As the air leaves the growing area, it passes through the second evaporator over which seawater is flowing. This seawater has been heated by the sun in a network of pipes above the growing area, making the air much hotter and more humid. It then meets a series of vertical pipes through which cool seawater passes. When the hot humid air meets the cool surfaces, fresh water will condense as droplets that run down to the base where they can be collected."

The cool and humid conditions coupled with limited transpiration allows for crops to grow with little water at a higher yield and quality. Other benefits include avoiding the use of fossil-fuels, pesticide-free crops, the utilization of land previously considered unsuitable for agriculture, cost-effectiveness, salt gained in the process that can be sold, import substitution and job creation.

The technology has been proven to work in a number of locations like the United Arab Emirates, Oman and Australia.