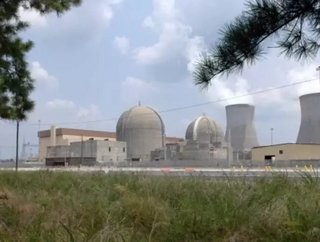 Atlanta-based Southern Co. is seeking approval from the U.S. Nuclear Regulatory Commission for a development license to construct two new nuclear reactors, the first new reactors in the U.S. in three decades.  The proposed $14 billion project must be delivered on time and on budget says Southern CEO Thomas Fanning.

“We’ve got to be successful,” Fanning says. “This is the first, best shot for the nuclear renaissance in America.”

In the early 1980s, nuclear expansion projects across the U.S. slowed to a halt as budgets were overrun, construction delays became the norm, and regulations increased following the Three Mile Island incident in 1979.

Despite the Fukushima meltdown in Japan far surpassing Three Mile Island in terms of damage and fallout, Southern is steadfast in its pursuit of the Plant Vogtle project outside of Augusta, Georgia.

Southern plans to license the plant by early 2012.  However, there is one major hurdle the company needs to overcome.  The NRC must approve design changes for the Westinghouse AP1000 reactors that Southern is planning on using to power the Vogtle plant.

A lot of pressure rests on Southern’s shoulders.  Analysts predict that if the company fails in its efforts, this may be the end of large-scale nuclear reactors in the U.S.  Small modular reactors may still have a chance, or the country may move away from nuclear entirely.

Southern and its partners have already invested $3 billion into the site since 2009.  So far, the project is on budget and on schedule to begin providing nuclear power by 2016 or 2017.  Georgia taxpayers will contribute $6.1 billion to the project’s costs through rate hikes.  The U.S. government has also pledged loan guarantees totaling $8.3 billion.

“We remain confident in the process,” Fanning says. “We fully understand that this is the first nuclear project in a generation. And therefore it will have everyone’s attention.”