State of the Union: US Ready to Fight Climate Change 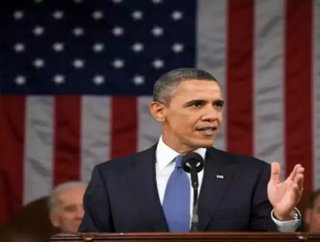 Sixty-five percent of Americans think that climate change is a serious problem and a substantial majority support President Obama using his authority...

Sixty-five percent of Americans think that climate change is a serious problem and a substantial majority support President Obama using his authority to reduce its main cause, dangerous carbon pollution, according to a national poll of 1,218 registered voters conducted immediately after last night's State of the Union speech for the Natural Resources Defense Council (NRDC).

The nationwide survey – the first snapshot taken specifically on the climate agenda Obama outlined in his address to the nation – reveals that a strong majority of Americans are convinced that action is needed soon to reduce a real threat they see in climate disruption.

Released on the heels of the hottest year ever in the U.S. and one marked by extreme weather, the national poll conducted by Public Policy Polling for NRDC found:

"The president made it absolutely clear that he will lead the fight against dangerous carbon pollution, and a compelling majority of Americans stand firmly behind that leadership," NRDC President Frances Beinecke said today. "The best way to strike back, as a nation, is to reduce the carbon pollution from our dirtiest power plants, the single greatest threat to our climate's future. That will take presidential leadership. Americans are counting on bold action – for the sake of our children."

"The president's pledge to address climate change struck a chord with Americans," said Environment America Executive Director Margie Alt . "Now we're counting on President Obama to put words into action, by rejecting the Keystone XL tar sands pipeline, limiting carbon emissions from power plants and advancing clean energy solutions -- while protecting the air, water and special places Americans hold dear. By taking these actions the president will help fulfill our obligation to our families and to future generations, and we stand ready to support him at every turn along the way."

Beinecke and Alt held a telephone press conference today to discuss the poll results and offer their views on the climate and energy elements in the president's speech. They were joined by Roger Johnson , president of the National Farmers Union (NFU), and John Arensmeyer , CEO of Small Business Majority.

Tom Jensen , director of Public Policy Polling, which conducted the poll of 1,218 registered voters for NRDC and Environment America, outlined other key findings:

National Farmers Union President Roger Johnson said: "Extreme weather events like the current drought are hurting America's farmers' and ranchers' ability to provide the nation with food, feed, fiber, and fuel. Given the right incentives, agriculture can play a significant role in combating climate change by being a part of the solution."

Related story: CEO of REI Nominated as Secretary of the Interior

"Scientific opinion polling has shown time and time again that small businesses are looking for pragmatic, innovative policies to address clean energy and climate change," said John Arensmeyer , founder & CEO of Small Business Majority. "Small businesses believe government investments in clean energy have an important role in creating jobs and boosting the economy, and they support regulating emissions that cause climate change. Some of the extreme weather we've been experiencing is a perfect example of how climate impacts small businesses' bottom lines. Some businesses will recover, others never will. Our economy can't take that hit right now. Small businesses are the backbone of our economy. Any policies put on the table to address these issues should take their needs into consideration."

The extreme weather events of 2012, from record heat waves to large-scale drought, from raging wild fires to Hurricane Sandy, raised public awareness of climate change and public support for taking action to address climate change and one of its chief causes: industrial carbon pollution from power plants.

Today, the hundreds of power plants across the country have no restrictions on the carbon pollution they emit into the atmosphere. NRDC has offered one way for the president to use his authority to significantly cut that carbon pollution by 26 percent by the end of this decade.

The low-cost, high-benefit plan would create thousands of clean energy jobs making homes and buildings more energy efficient, while protecting people from asthma attacks and heart ailments, in addition to saving families as much as $700 a year in electricity bills