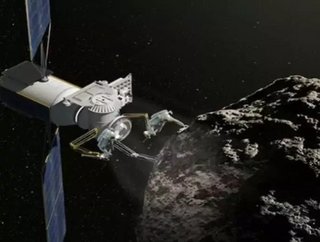 Planetary Resources, Inc. (PRI) announced, on the eve of 2012 DA14s close pass of Earth, that the Arkyd-100 Series &ndash; technology demonstrator for...

Planetary Resources, Inc. (PRI) announced, on the eve of 2012 DA14’s close pass of Earth, that the Arkyd-100 Series – technology demonstrator for asteroid prospecting missions – will assist in the detection and characterization of potentially hazardous asteroids near Earth, and follow-on Arkyd spacecraft will have the capability and infrastructure for intercepting asteroids which will inform the deflection of potentially rogue objects.

Today, there are approximately 610,000 asteroids that are tracked in our Solar System.  This number represents less than one percent of the estimated objects that orbit the Sun. Scientists are closely tracking 434 asteroids which are large enough, and come close enough to the Earth to be of potential future concern, and while none of these pose any significant risk today, increased surveillance is required.

“Our planet is orbiting in a swarm of small remnants from the formation of the Solar System.  Some of these objects have orbits that either approach or even cross Earth’s orbit around the Sun.  There are currently only 10,000 known near-Earth asteroids, with close to a million more that still need to be cataloged,” said Tom Jones, Ph.D., veteran NASA astronaut, planetary scientist and Planetary Resources, Inc. advisor.

Asteroids of the size of 2012 DA14 may number as many as 500,000.  “2012 DA14 will be making history when it streaks past Earth. Surprisingly, it was only discovered last year.  Asteroids, in addition to being extremely valuable for precious resources, can also be extremely dangerous,” said Eric Anderson, Co-Founder and Co-Chairman, Planetary Resources, Inc.  “Knowing where the objects are, and having a comprehensive catalog of them, will be an indispensable asset for human civilization over the next several centuries.”

While the primary business of Planetary Resources is to prospect and mine asteroids with high concentrations of water and precious metals, the company views that this economically driven activity will also aid in protecting Earth from potentially hazardous asteroids.  “Mining asteroids will ultimately benefit humanity on and off Earth in a multitude of ways.  First, by providing access to the fuels that will provide the acceleration for humans to further explore space.  Second, by expanding humanity’s economic access to Platinum Group Metals which is important for our rapidly growing high-technology industries; and, third, by giving us the infrastructure to routinely and swiftly interact with and move asteroids, like 2012 DA14, which could someday pose a threat to Earth,” said Peter H. Diamandis, M.D., Co-Founder and Co-Chairman, Planetary Resources, Inc.

On the production floor, Planetary Resources has full-scale mechanical prototypes of the Arkyd-100 Series which is the first line in its family of deep-space prospecting spacecraft.  “The Arkyd-100 Series will be the most advanced spacecraft per kilogram that has ever been built. The system will be highly capable and cost-effective which will allow for a constellation of them to be launched.  That efficiency will not only fast-track our asteroid prospecting effort, but will also lend a hand in scientific discovery and planetary defense,” Chris Lewicki, President and Chief Engineer, Planetary Resources, Inc.

Planetary Resources, Inc. was founded in 2009 by Eric Anderson and Peter H. Diamandis, M.D.  Their vision is to establish a new paradigm for resource utilization that will bring the solar system within humanity’s economic sphere of influence.  The company will conduct low-cost robotic space exploration beginning with the Arkyd-100 Series of space telescope missions that will identify the most commercially viable near-Earth asteroids.  These initial missions will assist the company in enabling the retrieval of raw materials from these select asteroids, ranging from water to precious metals.

Planetary Resources is financed by industry-launching visionaries, three of whom include Google’s CEO Larry Page & Executive Chairman Eric Schmidt and Ross Perot, Jr., Chairman of Hillwood and The Perot Group, who are committed to expanding the world’s resource base so that humanity can continue to grow and prosper.  Some of the company’s advisors include film maker and explorer James Cameron, former Chief of Staff, United States Air Force General T. Michael Moseley (Ret.) and Sara Seager, Ph.D, Professor of Planetary Science and Physics at MIT.