US Air Base in Arctic Circle Gets $3M Energy Upgrade 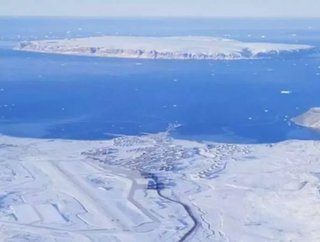 Thule Air Base, the northernmost US defense installation, is getting an energy efficiency upgrade that is expected to reduce energy costs by about $3...

Thule Air Base, the northernmost US defense installation, is getting an energy efficiency upgrade that is expected to reduce energy costs by about $3 million and save 1.6 million gallons of fuel annually by consolidating and replacing inefficient equipment.

Located 700 miles above the Arctic Circle, Thule consumes a lot of heat and has long relied on inefficient equipment, dating back to the 1980s. The heating, hot water and electrical generating equipment are housed in different structures, oftentimes nonfunctional and waste the majority of heat produced into the atmosphere.

The new system, designed by the Army Corps of Engineers New York District, will capture and re-use generator exhaust, which can be routed into a centralized exhaust gas boiler and used to create steam. The steam will then be sent to various heat exchangers in buildings throughout the base, reducing greenhouse gas emissions in the process. Furthermore, the new system will reduce the cost and risk of transporting fuel.

Biofuels and other forms of renewable energy will likely come into play at Thule in the upcoming years as the Air Force and Navy are already testing various biofuels on jet fighters and ships. Another station in Antarctica is also using wind power combined with a flywheel energy storage system.