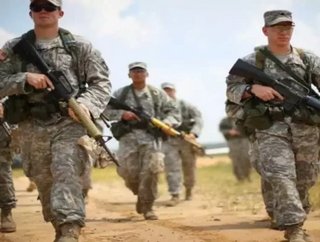 As energy security becomes increasingly important, the Army's new laboratory near Detroit is expected to help build green technologies to alleviate dependence on foreign imported fossil fuels. At an event held at the research complex today, researchers unveiled plans to develop technologies such as fuel cells and hybrid systems to be used for combat vehicles.

In a research competition, federal officials aim to produce enough renewable energy on military bases to equal the output of three nuclear plants by 2025. The Pentagon has previously announced that it intends to meet a fourth of its energy needs from renewables by then as well.

Under another competition, the Energy Department is spending $30 million to fund the research for developing new types of batteries to reduce the needs for refueling in combat areas.

The technologies to be developed are expected to help save lives in the field in Iraq and Afghanistan, where many are killed merely from hauling fuel to battle areas. Some of those innovations, of course, are also expected to spill over into the commercial market.