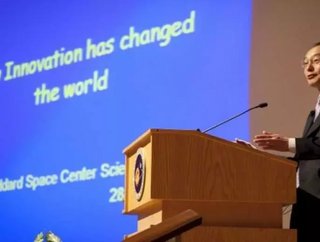 Chu, a Nobel Prize winner in physics, is a former director of the Lawrence Berkeley National Lab. During his tenure, he drew harsh criticism from the Republicans regarding his handling of a solar energy loan to Solyndra. After receiving $585 million from the federal government, the solar panel maker went bankrupt and laid off its 1,100 workers.

"Serving as Secretary of Energy during such a momentous and important time has been incredibly demanding but enormously rewarding. I've been continually impressed by the talent and commitment of the men and women of this Department," Chu wrote in his resignation letter. "While I will always remain dedicated to the missions of the Department, I informed the President of my decision a few days after the election that Jean and I were eager to return to California. I would like to return to an academic life of teaching and research, but will still work to advance the missions that we have been working on together for the last four years."

President Obama followed up with a statement:

"I want to thank Secretary Chu for his dedicated service on behalf of the American people. As a Nobel Prize winning scientist, Steve brought to the Energy Department a unique understanding of both the urgent challenge presented by climate change and the tremendous opportunity that clean energy represents for our economy. And during his time as Secretary, Steve helped my Administration move America towards real energy independence. Over the past four years, we have doubled the use of renewable energy, dramatically reduced our dependence on foreign oil, and put our country on a path to win the global race for clean energy jobs. Thanks to Steve, we also expanded support for our brightest engineers and entrepreneurs as they pursue groundbreaking innovations that could transform our energy future. I am grateful that Steve agreed to join in my Cabinet and I wish him all the best in his future endeavors."