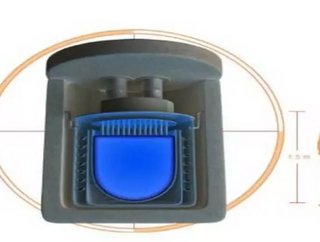 The US Department of Energy announced that it would support the new design of &ldquo;small modular nuclear reactors&rdquo; last week. Contracts to des...

The US Department of Energy announced that it would support the new design of “small modular nuclear reactors” last week. Contracts to design and begin production of the reactors by 2022 will be awarded to select companies and funded under the DOE.

The smaller reactors are intended to make it easier on utilities, who will gain more flexibility with reactors that are about one third in size, cheaper and quicker to design and easier to obtain permits for running.

Energy Secretary Steve Chu touts the idea. “We think (small, modular nuclear) solves a lot of issues in terms of investments and electricity infrastructure,” Chu said at a press conference a year ago. “And it’s a way for the United States to regain its leadership in nuclear.”

They'll also be much safer. A number of startups have been working on new designs, including TerraPower, NuScale Power and Hyperion Power Generation, that also use different fuels and reduce nuclear waste.

In the wake of the Fukushima nuclear power plant disaster last year, technology companies are stepping up to develop safer, more economical nuclear reactors in an attempt to wean dependence on conventional, large-scale nuclear used all over the world today. After Bill Gates took his concepts to China—where regulations on nuclear plants are less stringent and innovations gain support—the DOE's announcement is a positive step in spurring more US manufacturing.

“America’s choice is clear - we can either develop the next generation of clean energy technologies, which will help create thousands of new jobs and export opportunities here in America, or we can wait for other countries to take the lead,” said Energy Secretary Steven Chu. “The funding opportunity announced today is a significant step forward in designing, manufacturing, and exporting U.S. small modular reactors, advancing our competitive edge in the global clean energy race.”