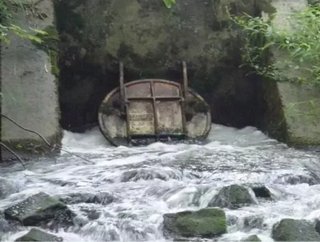 A new technique that combines two forms of renewable energy&mdash;using bacteria and saltwater&mdash;generates more electricity than either alone, whi...

A new technique that combines two forms of renewable energy—using bacteria and saltwater—generates more electricity than either alone, while cleaning wastewater at the same time. Researchers at Pennsylvania State University recently built the prototype device that both generates electricity from wastewater while simultaneously treating it.

The technique could be adopted in developing countries to provide clean water and power for homes, according to the team.

Domestic wastewater contains nine times more chemical energy than the energy required to treat it—an amount that would be nearly enough to maintain the entire US water infrastructure, according to the researchers.

Similarly used reverse electrodialysis (RED) systems have been applied to generate renewable energy along coastlines, using fresh water and seawater to generate an electrochemical charge between two intermittent chambers separated by membranes. The problem with that process is that it requires a large number of membranes and must be located by the sea.

The new technology, however, reduces the number of membranes used and uses organic matter to create the electric current—in this case wastewater. Using microbial fuel cells (MFCs), the system bypasses the need for salt water by using ammonium bicarbonate solution as a substitute, allowing it to be used in areas far from the ocean.

Using waste heat from local industries, the ammonium bicarbonate would be constantly recycled in the system.

How Green was this year's Super Bowl?

"If we treat waste water in just a microbial fuel cell, we don't create much power and it takes a long time," lead researcher Professor Bruce Logan told BBC News. "In our process, we have the MFC part which is treating waste water and creating energy, and we have the RED stack which is just boosting that process, it's making it happen more efficiently."

Though the technology offers promising solutions to developing countries in terms of clean water and power generation, it would initially be used to treat water in inland areas while gaining a bit of extra energy from wasted heat.