US to Resume Nuclear Reactor Construction 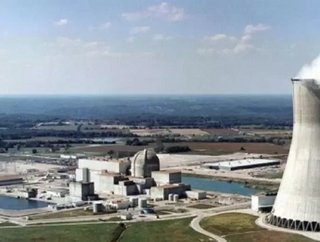 The US will resume the construction of nuclear reactors by the end of the year after being put on hold for 34 years. Toshiba Corp. will begin exportin...

The US will resume the construction of nuclear reactors by the end of the year after being put on hold for 34 years. Toshiba Corp. will begin exporting turbine equipment next month for the reactors to go up in Georgia and South Carolina under Westinghouse Electric Co., a subsidiary of Toshiba, by 2016 at the earliest.

The Nuclear Regulatory Commission (NRC), responsible for the safety assessment of the reactors in the summer after the onset of the Fukushima nuclear power plant meltdown, will also issue the final safety assessment report for the US reactors before they can begin construction.

As an active promoter of building nuclear facilities, it is unlikely that the NRC's screenings will hold the projects back. Confident of receiving swift approval, US electric power companies are already well on their way to procuring equipment and are entering the final stages of preparation.

As the world's largest nuclear energy producer, the US has a total of 104 reactors in operation today. However, with the Three Mile Island nuclear power plant meltdown in 1979, new nuclear plant construction has since been suspended until now. In an attempt to shift away from dependence on Middle East oil, resuming the construction of nuclear power plants has become a major focus of many utility companies.