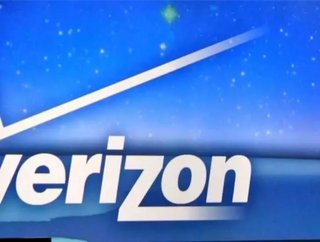 TO ENHANCE YOUR READING EXPERIENCE, CLICK HERE TO VIEW THIS ARTICLE IN OUR INTERACTIVE READER! Wireless telecommunications providers&mdash;a.k.a. mobi...

Wireless telecommunications providers—a.k.a. mobile phone companies—are becoming some of the most powerful and profitable entities in the world.  However, as their sphere of influence increases, so does their carbon footprint.  Always on mobile devices like smartphones and tablet computers are making their way into the homes and businesses of billions of people around the world. Telecommunications giant Verizon has decided to seek help from the U.S. Department of Energy’s National Renewable Energy Laboratory (NREL) to improve energy efficiency in its products and for the industry as a whole.

Verizon has signed a memorandum of understanding with NREL to work on two key areas.  First, the company seeks to run its data centers and other operations more energy efficiently.  Second, it wants to work toward developing new technologies that will use the Verizon network to cut energy use at homes and businesses.

“Verizon has taken significant steps in becoming a greener more energy-efficient company,” says Verizon sustainability officer James Gowen. “By partnering with one of the top science and technology labs in the world, we’ll be able to achieve even greater efficiencies in a cost-effective fashion.”

The information and communications technology (ICT) sector accounts for three percent of total electricity consumption in the U.S., over half in telecommunications alone.  Internationally, the ICT industry accounted for two percent of global carbon emissions in 2007.  That figure is prior to the iPhone and greater smartphone revolution, so one can only imagine how that percentage has increased since.

According to the Climate Group’s SMART 2020 report, the ITC industry produced 0.53 billion tons of emissions in 2002, and is on track for 1.43 gigatons by 2020 if nothing is done now to curb the trend.