Who Are the Greenest Presidents in U.S. History? 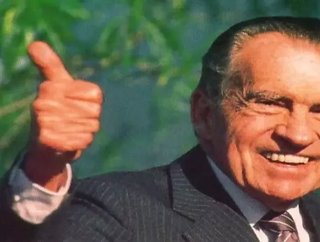 Corporate Knights, the magazine for clean capitalism, recently announced its Greenest U.S. Presidents ranking just seven weeks before Americans head to the polls to select their next commander-in-chief. The results of the ranking, the first to be determined by top environmentalists themselves, show that protection of our natural world has a long tradition with both Democrats and Republicans.

Indeed, Republican presidents captured the two top spots in the ranking, followed by two Democrats. Of the 12 environmental groups surveyed, America's 26th President Theodore "Teddy" Roosevelt was overwhelming selected as the greenest president in history for making conservation of the country's natural resources a cornerstone of his policy. Richard Nixon, America's 37th president, who was responsible for creating the Environmental Protection Agency and signing several seminal pieces of environmental legislation into law, ranked second.

"Conservative environmentalist is not an oxymoron," said Theodore Roosevelt IV, a managing director at Barclays Capital and the great-grandson of Teddy Roosevelt. "The records of my great grandfather and Richard Nixon show the GOP is also the 'Green Old Party.' Reconnecting with these roots is crucial, not only to honor our covenant with future generations, but for our relevance as a political force."

"Every single person on the planet depends on nature – the environment – for their survival and prosperity," said Mark Tercek, CEO of The Nature Conservancy. "As the Greenest Presidents list attests, we have a strong tradition in America of bi-partisan support for conservation issues. We should be able today to find ample common ground on issues so fundamental to our own well-being."

"Determining the greenest president is a tricky exercise," said Tyler Hamilton, editor-in-chief of Corporate Knights. "Does one give credit to intentions, actions or successes? Jimmy Carter, for example, may have had the best intentions but his successes were more limited compared to Richard Nixon, who by all accounts didn't have a green bone in his body but was politically motivated to get the job done."

Corporate Knights asked top environmentalists to make the judgment call. The result is a first-of-its-kind survey that shines a light on a bi-partisan environmental tradition in the White House that is often forgotten. The ranking and an accompanying feature story can be found in the latest issue of Corporate Knights, distributed today through the Washington Post and available for download on iTunes via the App Store. Results, including each judge's selections and a background research document, can also be found at www.corporateknights.com.