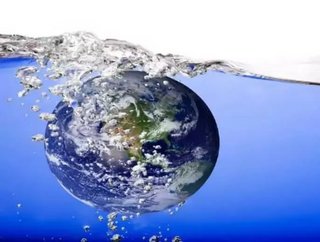 The world&#39;s water supply is at great risk due to climate change and a growing population, according to a recent United Nations study, calling for...

The world's water supply is at great risk due to climate change and a growing population, according to a recent United Nations study, calling for action at the World Water Forum in Marseille today.

"Freshwater is not being used sustainably," UNESCO Director-General Irina Bokova said in a statement. "Accurate information remains disparate, and management is fragmented ... the future is increasingly uncertain and risks are set to deepen."

It also says that agriculture, which uses about 70 percent of freshwater globally, will probably rise by about another 20 percent by 2050 in conjunction with an exponentially increasing population. The report warns that the amount of underground water used has more than tripled over the last 50 years. Additionally, climate change in certain regions threatens future water supplies from changes in rainfall patterns, droughts, melting glaciers and altered river flows.

"Climate change will drastically affect food production in South Asia and Southern Africa between now and 2030," the report says. "By 2070, water stress will also be felt in central and southern Europe."

With limited supply, governments will have to find ways to better manage the competing demands of farmers, energy producers and people who need clean drinking, according to a water study by the Organisation for Economic Cooperation and Development (OECD).

"The lack of interaction between the diverse communities of users, decision makers and isolated water managers has caused serious degradation of the water resource," it says.