By 2030, China Could take Top Spot as Largest User of Renewable Energy

China
Admin
2 min
When the U.S. and China announced their massive climate deal several weeks ago, there were many who were quick to point out that the deal was a hollo...

When the U.S. and China announced their massive climate deal several weeks ago, there were many who were quick to point out that the deal was a hollow one with China not actually intending to reduce its carbon emissions. There was even this humorous piece from The Onion: 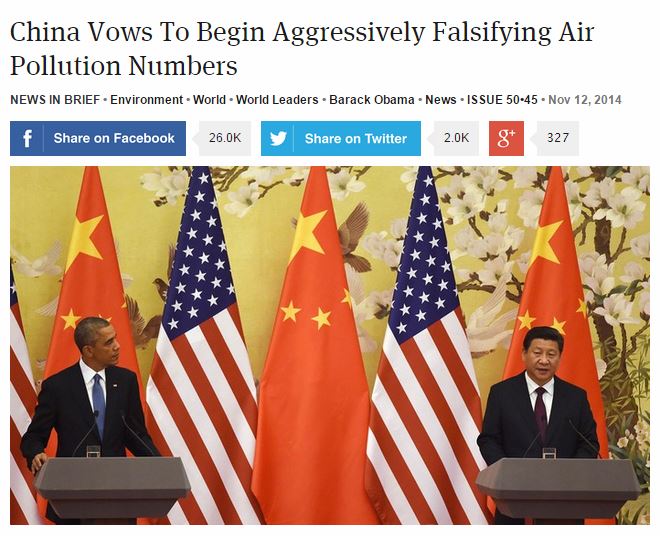 However, in a new report out from the International Renewable Energy Association, China’s renewable energy share growth could grow fourfold in the span of 2010 to 2030. China can also expand renewables in the power sector from 20 to 40 per cent by 2030, which would make it the world’s largest renewable energy user.

“As the largest energy consumer in the world, China must play a pivotal role in the global transition to a sustainable energy future,” Adnan Z. Amin, Director-General of IRENA, said at a launch event in Beijing. “China’s energy use is expected to increase 60 per cent by 2030. How China meets that need will determine whether or not the world can curb climate change.”

China has a number of opportunityes to utilize more clean energy, especially as it aims to greatly reduce its carbon emissions.

“China can continue its leadership in renewable energy by accelerating action in this area,” Amin said. “If China acts now to implement more renewable energy, it can reduce air pollution, enhance energy security, benefit its economy, and play a leading role in fighting climate change.”

This would require a wholesale shift in China’s renewable energy policies, however, and actually enacting these policies is a lot more difficult than simply saying they will. For starters, annual investment of $145 is needed between now and 2030 to get China to the levels of renewables usage it’s aiming for. That’s a $54 billion increase in total beyond current investment projections.

There’s also a large potential for savings–from $55 to $228 billion–by 2030 in the realms of health and reduced emissions.

“REmap 2030 shows that China can achieve the energy revolution it’s aiming for—and that it can do so affordably,” Dolf Gielen, Director of IRENA’s Innovation and Technology Center, said. “It also gives China a higher goal to aspire to, stating that an energy mix with 26 per cent renewables is achievable by 2030.”

So, in all reality, can China be the largest user of renewable energy by 2030? Yes, though whether than happens or not remains a rather large question mark.