Largest US renewable energy project up and running
Dominic Ellis

5 Ways the Internet of Things will improve the energy sector

Utilities
Top 10
Admin
4 min
Reduction in energy demands In 2016 and beyond, the

In 2016 and beyond, the Internet of Things (IoT) will greatly change the way we consume energy. loT will empower users with actionable insight to better understand their energy consumption in real-time, down to the small appliance level — to create personalized recommendations for users based on data gathered.

“I’m pretty confident that the Internet of Things is going to have net negative power consumption,” said Urs Hölzle, senior vice president of technical infrastructure at Google. “If you control lights, heat, and cooling in a smarter ways, that’s really substantial.”

• Related: [INFOGRAPHIC] The Internet of Things and What It Means for Energy

While trimming home energy use can bring big energy reductions, the true future lies in an integrated system, a smart grid. As of right now, the flow of energy in a normal grid is one way, with energy flowing from power plants to homes and businesses. With a smart grid, it would flow multiple ways — allowing people to control their own energy, including selling the energy they make.  A smart grid would allow customers to preset how and when their home or business uses energy, including the ability to control by way of smartphones. 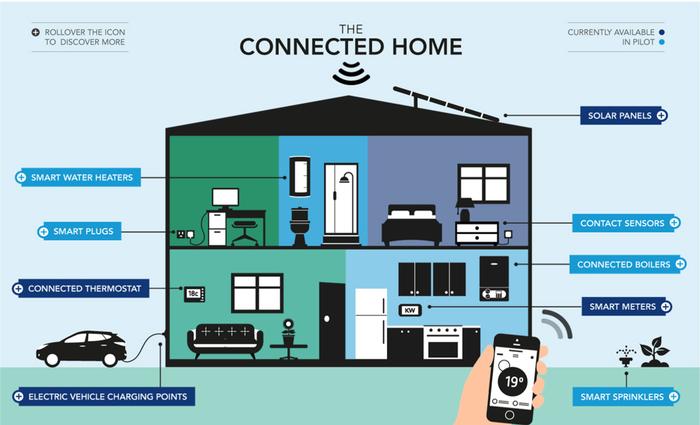 Because IoT makes sense of large amounts of data captured from machines, it uncovers valuable insight into the health and performance of equipment and infrastructure. For example, General Electric is developing a sensor network based on the principles of loT to monitor turbines constantly in order to reduce downtime. These predictive analytics help identify impending problems early in order to avoid unexpected downtimes or failures.

• Related: Most influential leaders in energy: 2016

Cisco provides a great example of loT at work: A devastating ice storm could bring down miles upon miles of power lines, leaving tens of thousands of customers without power. An optimally connected system allows for faster triage, more collaborative decision-making, better communications, and a more productive workforce response. The result is power restoration well ahead of customer expectations. Energy operators can find ways to optimize investments in new and existing facilities, and integrate more distributed energy resources onto the grid.

By having equipment, operations and systems interlinked, IoT could significantly alleviate problems while increasing efficiency and productivity.

In theory, IoT will increase efficiency, but how exactly will it in practice? Here are two examples:

According to Computer Weekly, Xerox Research Centre Europe has developed a system for managing traffic flow in Los Angeles with dynamic pricing at parking meters. The company deployed 7,000 sensors around the city to detect if a parking meter was occupied, and then adjusted pricing dynamically to ensure 20 percent of parking spaces were always available.

AT&T is working with manufacturers like GM and BMW to add LTE connectivity to cars. In the process, it’s created brand new connected services, including real-time traffic information, real-time diagnostics for the front seat or even “infotainment” for users in the back seat. With the interconnectivity of mobile devices, vehicles and road systems will effectively help professionals to reduce travel time, enabling them to get to work faster or run regular errands in record time.

Whether at home, in the office or on the road, IoT will reduce the complexity of managing energy consumption from different places and provide an all-in-one stop. This means devices like your smartphone, tablet and laptop can connect and have access to other smart devices like the air conditioner or washing machine for enhanced usability. IoT will usher in a wide array of benefits from remote-controlled households, improved home security to more convenience, lower bills and more intuitive devices. 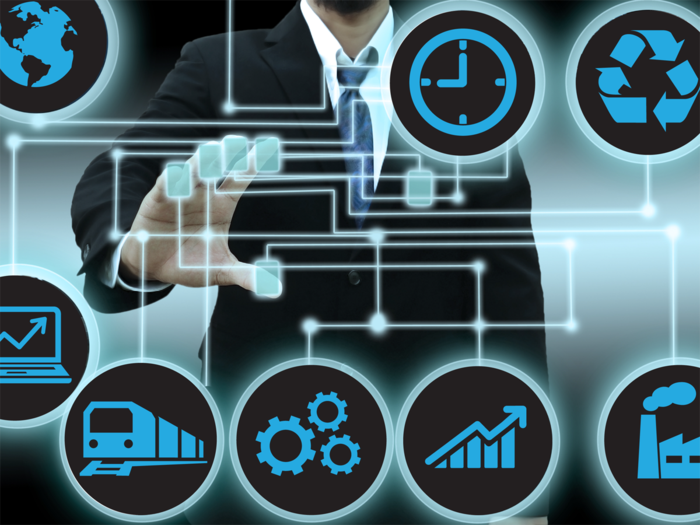 When Apple introduced the iPhone to the world in 2007, the marketplace for mobile apps was pedestrian. Today, it’s worth more than $25 billion with endless potential.

IoT will be much the same, except bigger. It is expected to drive innovation and could create new business models for the provision of energy services such as new forms of demand management may lead to creative alternatives to traditional energy consumption patterns. It could also drive forward lifestyle innovations, transforming the idea of a smart home into a reality.

Along with innovation, loT can drive value. By 2020, IoT is expected to grow the energy market from $7.59 billion in 2015 to $22.34 billion, according to MarketsandMarkets. IoT-based technology solutions and associated services are anticipated to bring immense value to the energy sector in coming years.