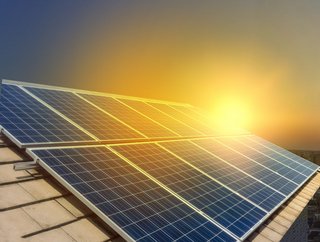 Mount Signal 3, acquired by Capital Dynamics’ Clean Energy Infrastructure (CEI) business in 2017, commenced construction earlier this year and is being brought to commercial operation ahead of schedule.

8minutenergy was the original developer of all three solar farms in the Mount Signal cluster. With Mount Signal 1 and Mount Signal 3 both now complete, the cluster has approximately 80% of its total final capacity online.

Mount Signal 1 and 3 will generate a combined 1.29 billion kilowatt hours (kWh) of clean, renewable power annually for the residents of 15 Southern California counties – enough energy to power over 1 million people during the daytime and reduce carbon emissions by more than 850,000 metric tons each year. Southern California Edison and 8minutenergy signed a long-term power purchase agreement for Mount Signal 3’s energy in 2014.

Tom Buttgenbach, CEO & President of 8minutenergy said: “This is a big day for California and the entire solar industry. As the original developer of the Mount Signal solar cluster, 8minutenergy is incredibly proud to bring this phase of the largest solar plant in the state to completion. Mount Signal is a clear demonstration that solar is ready to power California’s 100% clean energy future ahead of schedule. The Imperial County Board of Supervisors, their staff, our dedicated partners, and the outstanding local workforce were all critical in ensuring that we beat our aggressive timeline in bringing Mount Signal 3 to completion. I’d also like to thank Capital Dynamics and Southern California Edison for being tremendous partners on this project.”

“Capital Dynamics is proud to have the development of Mount Signal 3 completed and now providing hundreds of millions of clean kilowatt hours to the grid. Large-scale solar delivers what California needs, massive amounts of clean energy, reliably, and at a low-cost,” said John Breckenridge, Head of Capital Dynamics’ Clean Energy Infrastructure team. “By completing such a massive PV project ahead of schedule, 8minutenergy has again proven its world-class development and construction management capabilities.”