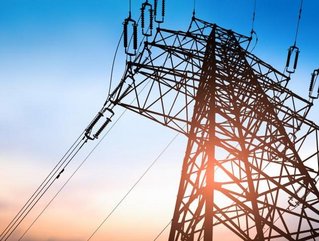 The Saudi Arabia-based operator of power generation and water desalination plants, Acwa Power, has announced it has collaborated with three internati...

The Saudi Arabia-based operator of power generation and water desalination plants, Acwa Power, has announced it has collaborated with three international groups in order to set up the world’s largest energy project in Dubai, according to Trade Arabia.

The groups; Spain-based Abengoa and Chinese companies, Industrial and Commercial Bank of China (ICBC) and Shanghai Electric Group Company (SEGC) has agreed a partnership deal with Acwa, which will see the Saudi firm become the lead developer of the project.

After agreeing the partnership, Paddy Padmanathan, the president and chief executive of Acwa Power, said: “The coming together of the four enterprises who are leaders in our own respective fields: Acwa Power - a leader in development and operation of power plants, Abengoa - concentrated solar power technology provider, Shanghai Electric, EPC Contractor and ICBC Project finance MLA; from three countries, Spain, China and Saudi Arabia to deliver this iconic energy plant.”

“On completion, it will deliver electricity day and night generated entirely by solar energy at a competitive cost in yet another country such as the UAE is the proof of the immense value that can be created by collaboration than isolation very much reflecting the spirit of the belt and road strategy that is being implemented by China under President Xi’s leadership.”

It was revealed that earlier this year, Acwa Power has agreed an engineering, procurement and construction (EPC) agreement with SEGC, with it being confirmed that Abengoa was persuaded to join in as one of the main technology providers and key subcontractors for the facility.