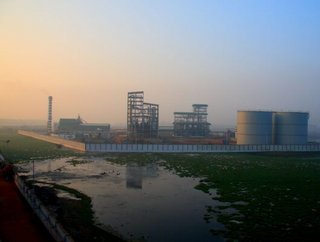 Aemetis, the California-based biofuels company, has announced that its Universal Biofuels subsidiary in India, an owner and operator of a biodiesel plant located near the Port of Kakinada on the country’s east coast, has been selected by three government-controlled oil marketing companies (OMCs) and a major oil refiner to supply approximately 8m gallons of biodiesel over the next two months.

In a statement, the company said that the combined revenues of the shipments are expected to be about US$41m and will require the Aemetis biodiesel/glycerin production plant to operate at nearly 100% capacity.

Approximately 70% of the diesel and gasoline in India is supplied by the OMC’s, with the remaining fuel supplied by large non-government refineries.  The volume of biodiesel to be supplied by Aemetis is expected to continue to occur in two-month bidding tenders on an ongoing basis to meet the requirements of the recently updated India National Biofuels Policy, the company said.

“We are pleased to see the 2022 National Biofuels Policy and related OMC purchasing processes are resulting in increased demand for biodiesel in India,” stated Eric McAfee, Chairman and CEO of Aemetis.

He added that the total volume tendered by the India OMC’s was approximately 360m gallons for the two month delivery period, which equals more than two billion gallons of ongoing biodiesel demand on an annual basis from the OMC’s.

Under the 2022 National Biofuels Policy, a 5% minimum blend of biofuel was adopted as a goal to reduce the importation of crude oil into India. The country currently consumed around 25bn gallons of petroleum diesel annually.

The biofuels policy seeks to improve the environment through lower air pollution from diesel vehicles and an improved economy by increasing the domestic production of biodiesel feedstocks.  Biodiesel feedstocks include renewable oils that are byproducts from food production, which can lower the overall cost of food and improve the environment by creating new markets for these byproducts.

Aemetis said that the non-OMC refinery purchase order is immediately in effect and biodiesel deliveries are scheduled to commence in early September. It added that the OMC’s are in the process of final documentation and product testing before deliveries are expected to begin in September.

The Aemetis Universal Biofuels biodiesel sample successfully exceeded the specifications in the first independent test for biodiesel quality that was required by the OMC purchase order process, the company highlighted.