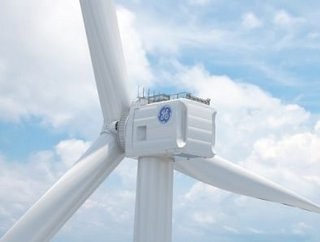 The latest data released by the Global Wind Energy Council (GWEC) shows Africa and the Middle East installed 962MW capacity of on...

The latest data released by the Global Wind Energy Council (GWEC) shows Africa and the Middle East installed 962MW capacity of onshore wind power in 2018, an increase of more than 300MW compared to 2017. The preview data from GWEC’s Global Wind Report forecasts that a further 6.5 GW capacity will be added by 2023 – this would mean more than double the current installed capacity of 5.7GW.

Ben Backwell, CEO of GWEC, said: “Government commitment in Africa and Middle East is essential for wind energy to progress. Investments in grid and infrastructure are key drivers for growth. GWEC is especially watching the development in the Middle East. In January 2019, Saudi Arabia awarded 400MW to build the first commercial onshore wind farm in the Middle East. The bid of 21.30 USD/ KWh proves the competitiveness of onshore wind.”

Karin Ohlenforst, Director of Market Intelligence at GWEC, said: “After two years with lower installations, Africa and Middle East reached almost 1GW of new wind capacity, reaching a similar level as in 2015 (983MW). The outlook is that Africa and Middle East will add more than 1GW each year of new wind capacity. Even though, no new capacity was installed in South Africa during 2018, during the summer state utility Eskom signed PPAs from previous auction rounds. Further, the industry expects the fifth round of the Renewable Energy Independent Power Producers Procurement Program (REIPPPP) to take place during H1 2019.”

Growth in renewables is a priority across the world in a bid to meet international climate agreements whilst satisfying rising energy demand. It forms a crucial part of the solution to reduce emissions, strengthen the energy mix and boost investment into local economies.

These latest figures released by GWEC form the statistical release of the Global Wind Report. The Global Wind Report is GWEC’s flagship publication and the industry’s most widely used source of data. This report provides a comprehensive snapshot of the global wind industry and an overview of trends such as the growth of offshore wind, corporate sourcing and changing business models will be released in April. The full report will be released in April.