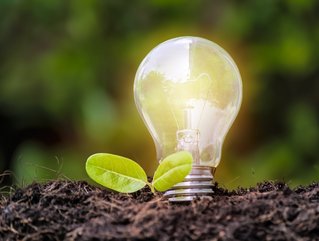 British-Dutch manufacturing giant Unilever has made the switch to 100% renewable grid electricity for its entire value chain: facto...

The firm completed the shift on 1 January 2020, and has announced since that it supplements grid power with on-site solar installations at sites across 23 countries. In a 4 February statement, Unilever said it will now turn its attention to sourcing the entirety of its energy needs from renewable sources. It added in the same statement that 24 of its sites around the world are already 100% carbon neutral, with the goal of company-wide carbon neutrality by 2030.

“Through our partnership with Unilever, we will potentially be generating about three million units of energy every year. That’s the equivalent of planting nearly five thousand trees,” said Anuvrat Joshi, Business Development Director at Cleantech Solar, one of Unilever's Indian power suppliers.

Unilever has in recent times positioned itself as a sustainability champion. Last June, the firm announced that 75% of its overall turnover growth in 2018 came from its ‘Sustainable Living’ brands (including Dove, Persil, SUre, Hellmann’s and more), highlighting the prescience of its strategy in the area.

Outside its energy strategy, the company announced in October that it is undertaking a rigorous new approach to its packaging methods in a bid to develop a circular economy.

“Plastic has its place, but that place is not in the environment. We can only eliminate plastic waste by acting fast and taking radical action at all points in the plastic cycle,” said Alan Jope, CEO at Unilever, in the firm’s press release at the time.

“Our starting point has to be design, reducing the amount of plastic we use, and then making sure that what we do use increasingly comes from recycled sources. We are also committed to ensuring all our plastic packaging is reusable, recyclable or compostable.