Alpha Energy: Designing the future in a moonshot factory 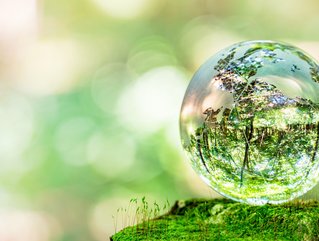 Established in 2016, Alpha Energy is one of French telecommunications giant Telefónica’s ‘moonshot’ endeavors. By combining experienced personnel with breakthrough technologies and embracing new perspectives, Alpha Energy is working to bring renewable energy solutions to the 2.7bn people around the world without access to electricity. “It's a huge challenge that I think is going to take a multi-year approach,” says CEO Candace Saffery Neufeld. “I'm here because I believe it can happen.”

Neufeld took over as CEO of Alpha Energy in April 2018. With 15 years’ experience in the clean energy space, she has worked for and run startups in both solar energy and utility wind energy, with a focus on innovations that allow them to integrate and grow in scale commercially. “I’ve worked with companies and organisations that from a high level try to achieve balance between the human right to a clean environment and the human need to grow and thrive,” she says. “This can actually be achieved, but there needs to be some real innovation around how we scale those energy solutions.”

This is where Alpha Energy intends to enact dramatic and powerful change. Neufeld explains that, whereas a startup is focused on developing an idea that can become marketable quickly to generate ROI, a “moonshot is a long-term commitment.” She continues: “I'm in it for the long haul. I'm so thrilled about the approach we’re taking with Alpha Energy - and the whole moonshot factory - which is built to be a long-term project with a long-term vision, supported by capital from Telefónica to innovate and solve the big problems.”

“We’ve reached a tipping point,” says Neufeld, “where renewable energy generation and storage is cheaper than it’s ever been. It’s basically at parity with fossil fuels.” As countries around the world continue to expand their renewable energy initiatives, the cost of green power solutions will continue to fall. In 2018, a report by the International Renewable Energy Agency (IRENA) found that the cost of onshore wind power fell by 23% between 2010 and 2018, while photovoltaic power fell by 73% in the same period. “We've seen extraordinarily positive trends in the energy space with renewable generation efficiency increasing alongside radical price drops,” says Neufeld. “But where the real technical challenge remains is how we distribute these new types of technologies.”

Alpha Energy’s focus, rather than on the generation of renewable energy, is on reinventing the distribution methods by which high-density communities without electricity access receive power. The traditional, centralised grid “is over 100 years old now. It wasn’t built to have two-way communication or Edge Generation pushing into the grid and managing it” says Neufeld. “We have moved into the distribution area where we believe there’s lots of room for innovation. We want to clean up the grid, which means bringing more and more intermittent power into play, on a decentralised level.”

The disparity between innovation in distribution and innovation in generation and storage is only growing larger, she explains. “These recent scaling trends that are happening in wind, solar and storage have definitely brought the problem to a point. The grid itself needs to change as a model.” Traditional centralised grids, when incorporating new users and households, extend their coverage from already-serviced areas. This method is, however, expensive and requires heavy use in order to be cost effective. This means that countries’ poorest areas are frequently barred from entry into a grid system. Neufeld notes that “with grid extension, in many areas that go into household communities or remote areas that have lower loads, that approach has fundamentally been flawed, because it just isn’t economical.” Alpha Energy’s approach is to bring modern energy solutions that work in a decentralised way to areas with medium-to-high population density and variation in electricity loads. “What we're looking at doing is building modular systems that can be self-organised, that can be installed very safely at low loads with basic training. They can be deployed and installed and also have the capacity to scale up, all while being autonomously balanced by artificial intelligence agents.”

Neufeld stresses that Alpha won’t be restricting its efforts to urban or rural areas. “We're looking at a very broad spectrum. When we look at energy assets it ranges from extraordinarily remote to very central areas where the grid is just very unreliable.” Neufeld admits that bringing renewable energy solutions to both urban and rural areas across multiple countries presents a mixture of regulatory, logistical and cultural difficulties. The three main difficulties Alpha faces are, she lists: supplying new technology in a diverse regulatory environment, turning innovation into solutions at a country-level scale and “also developing a universal approach that also needs to be very customisable. That's probably our biggest challenge,” she says. “We want to take on something that's high-level, in the sense that we know clean energy has challenges with intermittency, storage and distribution. That’s global; that’s a physics challenge. How do we take that solution and contextualise it into different economic statuses and regions, different geographic regions, political and cultural regions?

That's going to require deep partnership and deep regulatory and policy work.” Collaboration at the local level to facilitate the deployment of Alpha’s technology, as well as the exchange of ideas and localised solutions, is at the core of the company’s strategy to overcome regional challenges. “One of our mantras is that we want to collaborate. We want to bring multiple players into the solutions space. Where we feel where we can add a lot of value is really going to be in building new technical advances in distributed AI,” says Neufeld. “Our focus right now is on finding the right data sets that bring the right value to distribute our AI. But to install that we need people who are building both residential and commercial solar solutions, and distribution system operators that want to completely change how they manage the grid.”

With fledgling operations around the world, Alpha is seeking out new partners to help support its project. “We want to establish partners on the ground that create solutions with us, because if we don't do that, we're going to build a level of bias into the solution based on what we know and what we think has worked for us in the past,” Neufeld admits. In Bangladesh, the company has entered into a relationship with ME SOLshare, a decentralised grid technology firm specialising in IoT powered microgrid technology. The SOLbox meter allows for peer-to-peer electricity trading between off-grid households connected to solar panels across Bangladesh. ME SOLshare Managing Director, Dr Sebastian Groh said: “We want to take our SOLboxes to communities all over the world. The aim is to create efficient and dynamic local energy markets that empower households and encourage solar entrepreneurism.” Alpha Energy will use the data from ME SOLshare’s meters to gain insights into user behaviour and help to develop future technologies to further serve the needs of people in areas with intermittent or non-existent grid coverage.

“How do we usher in the next 20, 40 years of technology that actually changes how energy is distributed and managed across the globe?” Neufeld is poised at the crest of a breaking wave of renewable energy generation and working to revolutionise and democratise the way electricity is distributed around the world. “I think that we're ripe for a huge paradigm shift and I'm very excited to be in the middle of it.” Even though Alpha Energy’s goal is monumental, Neufeld comes across as determined and optimistic - focused on both the simulation testing Alpha is working on in 2019 and also the end goal. With 2.7bn people around the world without power, and the means to deliver that power more within reach every day, Neufeld says animatedly that “I think that we're in a very unique time right now. This is probably the most exciting time in energy since Tesla and Edison.”