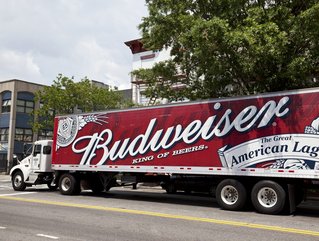 The move comes as the beer giant seeks to reduce its operational carbon footprint by 30% by 2025.

The maker of Budweiser also aims to reduce its fuel expenses as it currently spends around US$120mn a year on beer transportation fuel costs.

Anheuser-Busch hopes to use the trucks for shipments to wholesalers within 150 to 200 miles of its brewery locations - well-within the 500-mile range promised by Elon Musk.

The new Semi trucks will form a small fraction of the brewers fleet of 750 trucks which bear the company’s branding but are owned and managed by outside carriers.

It has not been determined whether Anheuser-Busch will buy or lease the hauling vehicles but its order reserves the vehicles for the company.

Anheuser-Busch ordered the 40 vehicles for an undisclosed dollar amount. They will be fully electric and equipped with Tesla’ semi-autonomous autopilot system.

The brewer is among a few companies in the food, drink and grocery sector that are interested in the new Tesla trucks.

Walmart has reportedly reserved 15 Semis, and food distributor Sysco ordered 50 of the new trucks this week.