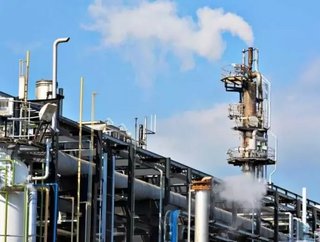 Israel-based Blue Sphere has signed a memorandum of understanding with a developer operating in the recycling and compost business to jointly build its...

Israel-based Blue Sphere has signed a memorandum of understanding with a developer operating in the recycling and compost business to jointly build its third waste-to-energy project in the metropolitan area of Boston, Massachusetts.

Blue Sphere is set to build and operate a 5.2MW waste-to-energy plant on the same premises in the Boston area while utilizing the site’s existing operations. The facility will be developed to convert organic waste into clean energy to be used as a power source in Massachusetts.

In a statement, Blue Sphere CEO Shomi Palas said, “Our partner has already developed much of the critical infrastructure for a waste-to-energy project and this is not only expected to shorten our timeline to develop the project from start to finish, it is also expected to reduce costs and increase profitability for the project.”

Founded in 2007 under the name Jin Jie Corporation, Blue Sphere operates as a project integrator in the clean energy production and waste-to-energy markets primarily in the United States and Africa. The company generates electricity from biogas derived from organic waste and converts it into clean energy. They also generate soil amendments, compost, and other by-products.  Blue Sphere is based in Even Yehuda, Israel.

Blue Sphere is also developing a 5.2 MW facility in Charlotte, North Carolina, currently in its design and engineering phase and expected to break ground this year. The facility should be fully operational in 2015 and has received over $22 million in project financing commitments. The company has signed a long-term contract with one of the largest power companies in the United States to purchase electricity generated at the waste-to-energy plant.

Additionally, the company is developing a 3.2 MW facility in Johnston, Rhode Island. Combined, the two plants should reach a capacity of 60 megawatts within five years and are part of a deal with Alfa Eco Corporation to build 12 to 15 facilities. Alfa Eco is a private business group that consists of direct investment funds owning and managing assets in the life science/healthcare, energy, metals and mining, construction development, agriculture and education sectors in the United States and abroad. In 2012, Alfa Eco formed a Bulgaria-based entity for the development of solar/wind farms in Bulgaria.

Waste-to-energy is one of the fastest growing segments in the renewable energy markets. According to SBI Energy, conductor of industrial, construction and materials market research, the thermal and biological segments reached $6 billion in 2012 and will reach $29 billion by 2022.