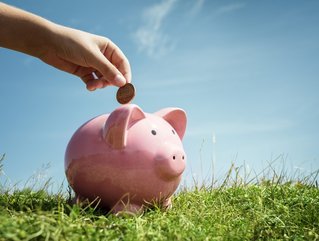 Leading multinational bank BNP Paribas has announced that it is fully committed to the decarbonisa...

Leading multinational bank BNP Paribas has announced that it is fully committed to the decarbonisation of its portfolio, taking the decision to end all thermal coal investments and interests by 2030 in the European Union (EU) and worldwide by 2040.

The bank has not funded any new coal fired power plant projects since 2017, and is seeking to cut CO2 emissions by 85% across its global electricity generation portfolio between 2014 and 2040.

Its sustainable investment strategy focuses on three areas of action: energy transition, environmental sustainability, and equality and inclusive growth. Divestment from companies whose operations are counter to progress in each of these areas, and the firm will continue to publish an annual report on energy sources for each of its electricity generation stakes worldwide.

Along with ending investment in coal, BNP Paribas has set a new financing target of €18bn for renewable energy development by 2021, an increase over the €15bn target announced in 2015.

Its efforts thus far have been recognised by Dealogic, which ranked BNP Paribas as the leading bank for investment in European and MEA renewable energy projects over the first nine months of 2019. Worldwide and in Asia, the bank ranked third.

“Like all players in the economy and society whose objective is to contribute to the necessary transition to a lower carbon economic model, BNP Paribas has a role to play,” said Jean Laurent Bonnafé, Director and Chief Executive Officer of BNP Paribas, in the company’s press release.

“As a bank, we have the opportunity, and the will, to participate in the acceleration of the energy transition by supporting our customers in this necessary transformation. To succeed, such a transition must be fair and balanced, taking into account the reality of the economic model and the daily needs of people around the world.

“These new commitments, which have clear objectives, mark a new stage in our objective of making a decisive contribution to the climate challenge.”