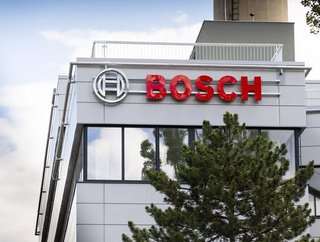 The company has refined existing technologies around the fuel that could see vehicle manufacturers reducing nitrogen oxide (NOx) emissions enough to meet future targets set for 2020.

Currently new vehicles are not permitted to emit more than 168mg per kilometre. This will be reduced to 120mg by 2020.

With Bosch’s new technology, vehicles are achieving an emission of as little as 13mg – approximately 10% of the target set for two years’ time.

“Bosch is pushing the boundaries of what is technically feasible,” stated Dr Volkmar Denner, CEO of Bosch.

“Equipped with the latest Bosch technology, diesel vehicles will be classed as low-emission vehicles and yet remain affordable.”

Bosch has developed technologies that focus on the temperature of the fuel in order for vehicles to run more efficiently.

“We call our system active thermal management because it keeps the most important part of the diesel exhaust, the exhaust gas recirculation (EGR) system, running at its optimal temperature,” Michael Krüger, Diesel Division Development Boss at Bosch, informed Autocar.

“If you were to coast or not touch the accelerator, the EGR would cool far below its optimum temperature, so NOx levels are higher.”

“With our system, the point is to minimise all temperature losses by packaging the EGR as close to the engine as possible.”

The company is also working on incorporating artificial intelligence (AI) into combustion engines, aiming for the technology to allow the engines to produce no significant particulate or NOx emissions.

“There’s a future for diesel. Today, we want to put a stop, once and for all, to the debate about the demise of diesel technology,” stated Denner at the press release.