BP to halve carbon intensity and reach net zero by 2050 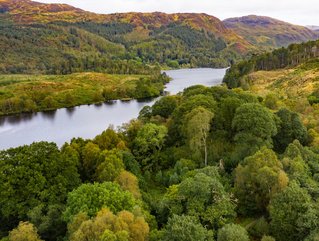 Recent studies have found that Big Oil represents the most significant contributor to atmospheric greenhouse gas volumes of any industry, and in the current climate it is unsurprising that BP has joined the growing list of large firms committing to net zero emissions.

In line with its new aims, BP has revamped its corporate message to “reimagining energy for people and our planet” and promises a series of fundamental changes across the organisation to realise its fresh purpose.

The supermajor has set five aims for its journey to net zero by or before 2050, including: net zero across its operations on an “absolute basis”; net zero in its oil and gas production by 2050; halving the carbon intensity of its products by 2050; installation of methane measurement facilities at all of its major oil and gas processing sites by 2023 with a view to halving its operations’ methane intensity; and an increase in investment for non-oil and gas revenue streams.

In addition, BP has named a further five goals for helping the world to reach net zero: an increase in advocacy for pro-net zero policies; incentivisation of its workforce to deliver the company’s aims and advocate the corresponding shifts; a reassessment of relationships with trade associations; a push to become a recognised leader in transparent reporting; and the launch of a dedicated team that will assist countries, cities and big firms to decarbonise.

“The world’s carbon budget is finite and running out fast; we need a rapid transition to net zero. We all want energy that is reliable and affordable, but that is no longer enough,” said Bernard Looney, who will replace Bob Dudley as CEO on 31 March, in the firm’s press release.

“It must also be cleaner. To deliver that, trillions of dollars will need to be invested in replumbing and rewiring the world’s energy system. It will require nothing short of reimagining energy as we know it.

“This will certainly be a challenge, but also a tremendous opportunity. It is clear to me, and to our stakeholders, that for BP to play our part and serve our purpose, we have to change. And we want to change – this is the right thing for the world and for BP.”

While the information presented thus far is broad, the firm’s proposed organisational reshuffle and sweeping commitments promise further clarity and detail to come on how these goals will be met, namely in the methods BP will undertake to reach net zero.