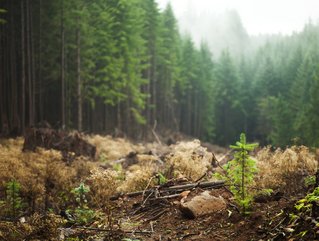 As Big Oil diversifies in the face of renewable energy’s ascendant prominence and legislative moves towards net zero industries,

As Big Oil diversifies in the face of renewable energy’s ascendant prominence and legislative moves towards net zero industries, BP has been investing in various initiatives and firms seeking to accelerate the adoption of sustainable alternatives and limit environmental impacts.

The latest move from BP Ventures is a US$5mn investment in Finite Resources, the parent of Finite Carbon – a firm based in the US focused on managing carbon through forestry. BP’s press release said the funds will go towards a new line of business aimed at incentivising business-financed forest management for carbon offsetting purposes.

Finite Carbon, which celebrated its 10th anniversary this year, is North America’s largest manager of forest carbon offsets with 40 forest projects across almost 3mn acres. By promising financial rewards for positive carbon outcomes, Finite Carbon aims to support the plans laid out in the Paris Climate Agreement to both increase forest coverage and reduce emissions relative to deforestation and forest degradation.

The company quantifies carbon benefit for long-term commitments to its forestry strategy through a fee-per-tonne scheme that measures carbon stored permanently by trees. The benefits go deeper, with stronger woodland ecosystems reducing the likelihood of wildfires and providing the local environment with cleaner air and water, supporting biodiversity and offering recreational opportunities for local communities.

“When businesses choose to buy forest carbon offsets, it means landowners are being paid to practice good forest management, which isn’t as easy or as profitable as the alternative. These changes aren’t just good for the planet – they’re good for the people who fish in, swim in, and drink the water that flows through these forests.

“With BP’s investment in Finite Resources, we plan to significantly scale the use of voluntary offsets as a mechanism to incentivize forest stewardship. With the help of those businesses committed to supporting good forest management, we expect to deliver more than $100 million directly to landowners in the next five years.”

Nacho Gimenez, Managing Director of BP Ventures, added: “The conservation and restoration of forests is vital to combatting climate change. BP has supported Finite Carbon’s project developments and purchased many of their offsets for regulatory compliance for a number of years.

“Now we look forward to supporting the team’s expansion into the voluntary carbon market as it connects businesses that are willing to offset their carbon footprint with landowners willing to adopt forest management practices that maintain and increase carbon storage.”

In line with BP's sustainable investment strategy, BP Ventures invested in FreeWire earlier this year, a company focused on enabling EV adoption through mobile EV charging infrastructural solutions. I caught up with FreeWire CEO, Arcady Sosinov to find out more, and you can read the piece here.