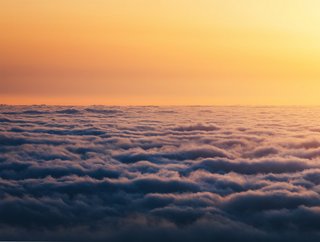 The US$50 million non-recourse financing package, arranged by CAF - Development Bank of Latin America, consists of a US$30 million CAF A-loan with a 15-year tenor, a US$15 million parallel loan from the Argentinian Development Bank of Investment and Foreign Trade (BICE) with a 15-year tenor, and a US$5 million parallel loan from the Bank of the City of Buenos Aires (Banco de la Ciudad) with a 10-year tenor.

CAF and Canadian Solar have a financing target of US$75 million, and are seeking an additional US$25 million in senior financing which is expected to close in early 2019.

Canadian Solar's Cafayate Project is financed under the RenovAR program. The program was launched in 2016 to increase energy from renewable sources to 20% of the national electricity energy consumption by 2025. The program comprises 20-year U.S. dollar Power Purchase Agreement (PPA) with indexation, fiscal incentives for investment in projects, and a three-level guarantee mechanism, including a World Bank guarantee and the Argentina's government guarantee through the Trust Fund for Renewable Energy (FODER).

The Cafayate solar project was awarded a U.S. dollar indexed PPA of US$56.28/MWh during the second renewable public tender (RenovAR 1.5).

The solar project is currently under construction and is expected to reach commercial operation in the second quarter of 2019. Approximately 289,800 Canadian Solar's high efficiency MaxPower CS6U-P 345W modules will be installed. Once energized, the power plant will generate around 239,696 MWh of electricity per year, which will be sold to CAMMESA, the national wholesale power market administrator and clearinghouse.

Dr. Shawn Qu, Chairman and Chief Executive Officer of Canadian Solar commented, "We are delighted to secure high-quality, long-term financing of up to 15 years which is a testament to the success of the Argentina government and the World Bank in designing a robust RenovAR program. The program is expected to attract US$15 billion in renewable energy investments over the next decade in Argentina. We value our partnership with leading financial institutions across Argentina and Latin America to promote the growth of clean renewable energy in the region."