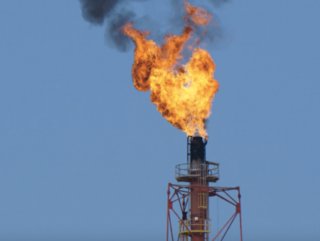 They included major transmission pipelines that sporadically release greater than 25 tons of methane per hour over most of the largest oil and gas basins worldwide. Together, these facilities represent more than 50% of the total onshore natural gas production, but most of the ultra-emitters were short-lived and many are likely due to planned maintenance activities.

The study, which focused on six top oil and gas producing countries where ultra-emitting activities are particularly frequent, found unreported releases contribute to approximately 10% of all methane emissions from these country’s oil and gas operations.

“To our knowledge, this is the first worldwide study to estimate the amount of methane released into the atmosphere by maintenance operations and accidental releases,” said Thomas Lauvaux, CNRS research scientist of the French Make Our Planet Great Again program at LSCE. “Unreported ultra-emitters explain in part the under-estimation in official oil and gas reported emissions by countries as documented by previous studies. The atmospheric monitoring approach enabled by recent satellite missions provides a unique perspective on oil and gas activities, and the potential to mitigate these large releases of methane.”

The team performed a systematic analysis of thousands of images produced daily by the European Space Agency satellite mission Sentinel-5P to estimate the amount of methane released into the atmosphere by oil and gas production activities.

An international team of scientists was led by the Laboratoire des Sciences du Climat et de l’Environnement (LSCE, France) with the analytics firm Kayrros, Duke University’s Nicholas School for the Environment, and The Cyprus Institute’s Climate and Atmospheric Research Centre (Cyprus). The peer-reviewed research was published in the journal Science.

Methane sources also represent billions of dollars in subsequent costs when considering their climate impact and natural gas loss. Mitigating these emissions represents the equivalent of taking 20mn vehicles per year off the road, and the avoided warming would prevent approximately 1,600 premature deaths annually due to heat exposure, according to Carbon Mapper.
​​​​

Several recent studies have demonstrated that oil and gas emissions are often underestimated by conventional accounting methods due to the absence of a global monitoring system able to track high emissions sources including leaks and planned venting.

Therefore, the identification and quantification of these sources has significant implications for individual country emissions inventories, as well as global methane emissions estimates which have risen in international importance with the Global Methane Pledge.

“This work confirms what we have only glimpsed in previous studies of individual facilities and regions: that intermittent, large releases of methane from oil and gas operations are common globally and are mostly unreported,” said Riley Duren, Carbon Mapper CEO. “In this critical decade for climate action, this underscores the urgent need for persistent global observing systems that can detect, pinpoint and quantify methane emissions at scales relevant to decision making.”

“Our study supplies a first systematic estimate of large methane leaks that can only be seen from space, showing how these detections relate to wider methane monitoring processes,” added Alexandre d’Aspremont of Kayrros. “This is a giant step towards overcoming the current limitations of the methane reporting system which is critical to meeting COP26 commitments to slash methane.”

The study concluded that readily available and cost-effective strategies such as enforcing leak detection and repair strategies or reducing venting during routine maintenance and repairs can significantly reduce these ultra-emitters in the near-term.

“We find that capturing the methane from these ultra-emitters provides enormous benefits via reduced climate change and improved air quality. Society would come out billions of dollars ahead by eliminating the emissions from these sources,” said Dr. Drew Shindell from Duke University. “As the captured methane is a valuable commodity, the companies or countries capturing the wasted gas also typically come out ahead.”

Kuva Systems, which specialises in methane detection for ESG and net-zero attainment by the oil & gas industry, recently announced that its infrared camera has demonstrated reliable detection of emissions both from tank tops as well as equipment low to the ground.

The METEC facility, first developed in 2016 under the Department of Energy's ARPA-E MONITOR program, is at the forefront of testing of methane detection technologies under real world conditions. The outdoor site consists of equipment typically found at upstream oil and gas facilities. Kuva's system was tested as part of METEC's Advancing Development of Emissions Detection (ADED) Continuous Monitoring Protocol, which was developed with funding from the US Department of Energy.

A core element of the IPCC’s analysis is that pathways to limit global warming to 1.5°C are accompanied by deep reductions in emissions of methane. This means that the more methane emitted, the less room there will be in the atmosphere for other GHGs, notes McKinsey.

The video shows how the constellation of Carbon Mapper satellites can map methane emission plumes at high resolution over the Permian oil and gas basin.