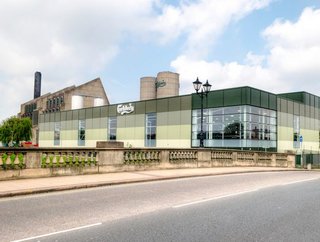 Carlsberg’s Sverige brewery, located in Falkenberg in the south west of the country, now runs using only biogas and renewable electricity...

Carlsberg’s Sverige brewery, located in Falkenberg in the south west of the country, now runs using only biogas and renewable electricity.

The Danish energy supplier has converted 74% of Carlsberg’s thermal energy source from natural gas to biogas.

The remaining 26% comes from the brewer’s water waste, and is also converted into biogas.

“Climate change is perhaps the most important issue for our society today, both for citizens, governments and companies all over the world, and we are very pleased with the positive development in Carlsberg Sverige,” commented Simon Boas Hoffmeyer, Sustainability Director of Carlseberg.

“This underlines our willingness to contribute to tackling climate change at the same time as governments are focusing on scaling and speeding up impact at the COP23 in Bonn these weeks.”

The company has aimed that by 2022, all its electricity usage will be sourced from renewables and it will eliminate the use of coal.

Currently, 45% of the company’s electricity is renewably sourced and generated onsite.

Carlsberg is one of three major companies that has set and approved a science-based target that plans to attain a 1.5C ambition, following the Paris Agreement.

The brewer is also working with Carbon Trust as part of its climate strategy.

“Our work with Carlsberg has explored the range of options they will need to adopt in the coming years to evolve to a zero-carbon brewer,” said Tom Delay, Chief Executive of Carbon Trust.

“This will include adoption of innovative energy efficiency technologies, own renewable electricity and heat, as well as sourcing of renewable energy, such as biogas.