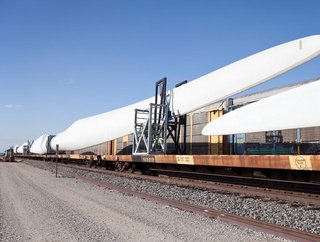 LM Wind Power will develop a new 71.8m blade for Envision’s 4.5MW platform, and aim to install it during the first half of 2018.

A deal subsequent to the signing of the agreement requires the 50% expansion of LM Win Power’s Jiangyin factory in Jiangsu’s manufacturing facility.

The blade is designed with a large rotor in order to serve Wind Class II and III areas in north China offshore.

“The Chinese offshore wind market is expected to grow on average by 40% annually for the next five years. LM Wind Power has been part of this journey since the very beginning and we are investing significantly in new product development and technologies for the Chinese market, including manufacturing capacity and people,” commented Alexis Crama, Vice President of LM Wind Power Offshore.

“Together with industry leaders like Envision, we look forward to further accelerating the development of a domestic offshore industry, helping China meet its growing demands for clean, renewable and affordable energy.”

LM Wind Power and Envision have worked together since 2009, with the Danish company suppling blades for Envision’s onshore and offshpre turbines.

“Envision has a strong ambition to continue to lead the development of the Chinese offshore wind market and we are pleased to engage in this strategic partnership with LM Wind Power,” remarked Dick Xie, Envision Offshore Business Head.

“Our collaboration will ensure high-performing, reliable blades on this new and powerful platform that will contribute to reducing the Levelized Cost of Energy offshore,” he added.