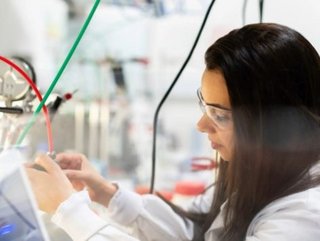 London-headquartered Circulor will ensure traceability and CO2 tracking for Rock Tech’s plant in Brandenburg, which is expected to produce 24,000 metric tons of lithium hydroxide a year – enough for the batteries of half a million electric vehicles. Circulor’s work will precede the EU’s battery regulation, which takes effect in 2024.

"A sustainable and resilient raw material supply chain is increasingly important to our automotive customers, and we are proud to work with Rock Tech to deliver their product with clear proof of origin and embedded CO2 emissions,” said Circulor CEO and founder Douglas Johnson-Poensgen. “As the automotive industry prepares for the EU Battery Directive and battery passport provisions, we're very pleased to support Rock Tech in pioneering low-carbon, European-produced lithium hydroxide.”

"With the holistic documentation of our value chain, we create a decisive added value for our customers,” says Rock Tech Lithium CEO Markus Brügmann. “Customers have information about the origin and life cycle assessment of our lithium hydroxide at all times. Based on the work of Circulor and Fraunhofer UMSICHT, Rock Tech will create a material passport for its product.”

Fraunhofer UMSICHT will carry out the life cycle assessment of Rock Tech’s production processes. Extensive collection and analysis of their data not only allows Rock Tech to make the production of lithium hydroxide more sustainable, but also supports them in implementing subsequent process optimizations in the most energy and environmentally friendly way possible, said Dr. Ilka Gehrke, head of the Environment and Resources department at Fraunhofer UMSICHT.

The Rock Tech and Circulor partnership also entails traceability and CO2 tracking for Rock Tech’s planned recycling at the facility, aiming to become Europe’s first closed-loop supplier of lithium hydroxide. Currently, only 1% of lithium from batteries is recycled worldwide. By 2030, Rock Tech Lithium aims to achieve 50% of its materials from recycled batteries.

Lithium prices are rising at their fastest pace in years, setting off a race to secure supplies and fueling worries about long-term shortages of a vital ingredient in the rechargeable batteries that power everything from electric vehicles to smartphones.

E&C Consultores of Salta have been completing the final in field survey, collecting data on the Flora, Fauna, hydrology, and climate in areas of project influence during the rainy season. The final results are being prepared under the General Environmental Law of the Mining Code 24.585 and are expected to be tabulated by the end of March, for filing with the Mining Authority.

A 2,000-meter drill program is being scheduled for the Alba Sabrina claim block to potentially expand the total current project resource.

The property is next to a US$840mn lithium mine development being undertaken by the Korean multinational corporation POSCO, which acquired the raw ground from Galaxy Resources for US$280mn.