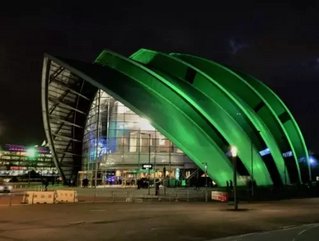 As the countdown begins to COP26's opening on Sunday, reports continue to stack up warning of the dangers of rising emissions

As Australia becomes the latest country to pledge to cut emissions to net zero by 2050, after Saudi Arabia committed to 2060, pressure is rising on India and Mexico, the only G20 countries yet to announce net zero targets.

With the countdown to COP26's opening on Sunday starting in earnest, reports continue to stack up warning of the dangers of rising emissions.

The latest UN Emissions Gap report says new national climate pledges combined with other mitigation measures put the world on track for a global temperature rise of 2.7°C by the end of the century.

If implemented effectively, net-zero emissions pledges could limit warming to 2.2°C, closer to the well-below 2°C goal of the Paris Agreement. However, many national climate plans delay action until after 2030. The reduction of methane emissions from the fossil fuel, waste and agriculture sectors could help close the emissions gap and reduce warming in the short term, the report finds.

The report serves as a "thundering wake up call" to start putting pledges into action.

New analysis from Westwood Global Energy Group, the specialist energy market research and consultancy firm, reveals that approximately 55% of global oil and gas production and 45% of consumption (as of 2020) is driven by a handful of countries.

With the exception of Canada, the top oil and gas producers of US, Russia, Saudi Arabia and Iran and the largest consumers including the US, China, Russia, India and Iran all lack legally binding net zero commitments.

The analysis highlights the disparity between energy transition ambitions and the need for pledges and policies to turn into legal commitments that can have a meaningful impact. This is further underscored by the reality that the IPCC, BP and the IEA’s net zero outlooks require around 60% reduction in oil and gas demand to reach net zero.

Arindam Das, Head of Commercial Advisory at Westwood, said ahead of COP26, we’re potentially at an inflection point and how do nations address the energy 'trilemma' at a global and national level?

"While Western Europe’s leadership on climate issues is hugely important in driving change, it is the direction of demand for fossil fuels in the Americas and Asia that really matter. There remains considerable uncertainty around the outcome of COP26 and the potential impact on the hydrocarbon industry and its prospects going forward.”

The key takeaways of the Energy Report 2021 reveal both the major gains that corporate renewables procurement has made in the US but also the serious challenges that lie ahead, said Mike Danielson, Vice President of BayWa r.e. Solar Projects in the Americas.

“The question remains: what do corporations need to do to get from where we are to where we need to be in order to meet the ambitious net-zero carbon goals over the next decade - the decade that matters in the fight against climate change? We know the answer: corporations need to accelerate the energy transition with more procurement and more innovation in their energy supply.”

Across the Atlantic, corporations are also wrestling with key challenges. Chris Barlow, Head of Manufacturing at MHA, says the UK government still lacks a clear and detailed plan to get the manufacturing  sector on a more sustainable pathway and SMEs in particular need help.

“UK government strategies, including the latest ‘Net Zero’ one, have good headlines and sensible objectives but offer no defined route as to how me might achieve those goals. We’re lacking detail and many within the sector would say that there still isn’t a real Industrial Strategy. Overall we need a strategy that defines the key policies behind the headlines," he said.

Amit Gudka, founder of Field, a UK-based energy storage company, said COP26 represents a huge opportunity to get the climate agenda on track, if there’s a focus on a clear roadmap of actions to get us to net zero.

"We need practical solutions to reduce emissions, now" he said. “Transitioning to renewable energy requires far more than just generating it. It means overcoming challenges like how we store that energy for when it’s needed, and how we create a more reliable, flexible and green grid.

He said progress on the renewable energy infrastructure needed to deliver this is nowhere near where it needs to be - and there hasn't been enough focus on the role energy storage will play, despite it being so central to the future success of renewable energy in the UK and globally.

"I want to see COP recognise the centrality of energy storage to the climate mission and make commitments that will massively accelerate its build-out. They absolutely must set out detailed, time-bound measures for driving the investment, developing the infrastructure, and creating the conditions for it to succeed - quickly."