Could the world's energy demands be met completely by renewable sources by 2050? 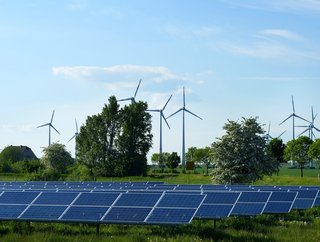 The idea of a world which runs wholly on clean, renewable energy sources seems like a pipe dream to most of us, but a Stanford University professor h...

The idea of a world which runs wholly on clean, renewable energy sources seems like a pipe dream to most of us, but a Stanford University professor has published research which claims that it is possible - and sooner than you might think!

Professor Mark Z. Jacobson is the lead author on a detailed guide for the world's biggest-polluting countries to achieve a future powered entirely by solar, wind and hydroelectric energy sources.

The 139 countries selected by the authors are responsible for 99% of carbon emissions.  The paper focuses on all sectors of energy and looks at the benefits of decentralising energy technology.

The paper, published in the new energy journal Joule, claims the roadmaps will help prevent millions of annual air-pollution and climate change deaths.

As well as that, the report looks at reducing the social cost of energy and studies potential net changes to electricity sector jobs, estimating that almost 25 million new long-term roles could be created globally.

Jacobson wants to see governments across the world "commit to 100% clean, renewable energy in all sectors by 2050”.

He said: “Both individuals and governments can lead this change. Policymakers don’t usually want to commit to doing something unless there is some reasonable science that can show it is possible, and that is what we are trying to do.

“We are not saying that there is only one way we can do this, but having a scenario gives people direction.”

A number of countries mentioned in the report have announced plans to reduce their reliance on coal and gas to meet their power demands but Jacobson wants to see initiatives designed to make that happen pick up pace.

"We think a faster acceleration is possible at reasonable to low cost.”

The paper also advocates reducing power disruption and increasing worldwide access to energy, and also goes into extraneous detail by modelling how countries can work towards decarbonisation whilst still supplying enough energy to meet their required demands.  It’s thought this area, in particular, may well force policymakers to sit up and take notice of the study.

It’s highly unlikely that it will force energy providers and governments across the world into a major u-turn on policy, but no doubt it should stimulate some lively discussion as to whether a world which runs completely on renewables is indeed possible.