COVID-19: The days are numbered for the United States coal industry 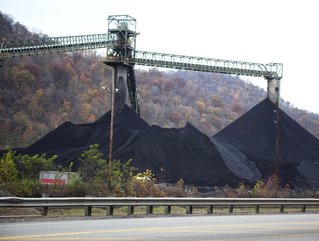 The coal industry in the US is seeking financial support from the government following the COVID-19 pandemic which has caused a fur...

The coal industry in the US is seeking financial support from the government following the COVID-19 pandemic which has caused a further decline in the industry.

In the past decade, the use and demand for coal has tanked amid competition from low-cost natural gas and expanded renewable energy sources. As schools and businesses have shut off during the United States’ lockdown, demand from coal-firing plants has dropped even further, so low that Travis Deti, head of the Wyoming Mining Association, has been working the phones to try and strike a deal with the nation's government. By the end of 2020, the annual demand for electricity across the United States of America is expected to be 3% lower than last year.

Due to concerns regarding the spread of the virus, some coal operations have slowed or paused operations altogether. In the most productive coal region in the U.S. — Wyoming and Montana’s Powder River Basin — companies are staggering shifts and running more buses to and from mining towns to create more space between workers. Although those mines are still operating, numerous companies have temporarily suspended operations across Pennsylvania, Illinois and Virginia to help slow the spread of Coronavirus. As a result of all this, a lot of miners are only working two or three days a week at present.

“We’d take anything right now,” said Deti, whose group represents companies that produce about 40% of the nation’s coal. As the economy continues to take a hit due to the pandemic, more coal companies across the nation are expected to file for bankruptcy unless government support is rolled-out across the country.

Despite Trump's efforts to ‘bring back coal’, alternative sources of energy such as natural gas have become so prevalent that it's throwing away more energy than countries such as Romania consume. Furthermore, renewable energy has also become both more reliable and has reduced considerably in price, by just over a third globally in the past decade but even more in some countries, including the United States.

It’s tough to predict the future of the coal industry, but as alternative energy sources such as natural gas and renewables take charge across the nation and the globe, it’s unlikely that coal will ever be the thriving industry it once was years ago, and the coronavirus pandemic has further highlighted this.

For more insights on mining topics - please take a look at the latest edition of Mining Global.