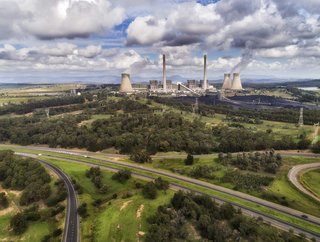 The United Kingdom, birthplace of the industrial revolution, has been reliant on coal for centuries. However, in recent ye...

The United Kingdom, birthplace of the industrial revolution, has been reliant on coal for centuries. However, in recent years advances in renewable energy technology has increased its adoption and led to a reduction in coal use.  In the second half of May 2019, for the first time since the industrial revolution, the UK enjoyed a record-breaking two weeks without burning any coal at all. The question is, what can be done to sustain this long term? Here Sophie Hand, UK country manager at automation equipment supplier EU Automation, discusses what manufacturers can do to help.

In April 2019, National Grid Electricity System Operator (ESO) announced it will be able to fully operate Great Britain’s electricity system with zero carbon by 2025. Achieving this target will be dependent on integrating new technology across the system, such as onshore wind and domestic solar panels to increase the amount of renewable energy generated. Another tactic is to increase demand-side participation, where smart systems are used to manage and control the system in real time. To make the target a little easier, businesses can reduce their power usage.

The average fixed speed electric motor has two settings, on and off. This is because the motor is driven by electricity at a set frequency, meaning the only way to adjust the speed is with a brake, be that mechanical or electrical. As a result, motors waste a lot of energy. Considering that about a quarter of electricity produced worldwide is used to drive industrial electric motors, even a small increase in efficiency promises tangible benefits. One option to change this is a variable speed drive (VSD), which adjusts the speed of a motor by varying the power supplied dependent on the speed required.

If maintenance is not done proactively, manufacturers may find their equipment running at low efficiency. In heat-sensitive industries such as baking or metalworking, the oven or furnace would then take additional energy to heat, increasing energy usage. By collecting and analysing data from sensors on equipment in a facility, manufacturers can predict when parts will fail and plan maintenance to minimise disruption.

Recently there’s been quite an emphasis placed on single-use plastics, their effect on the oceans and what can be done to combat the issue. Admittedly, an electric motor is unlikely to be discovered bobbing around the Pacific, but the concepts of reuse, recycling and the circular economy can happily be applied to industrial settings. Just like the plastic bottle, if we can reuse refurbished parts then all the energy and materials needed to manufacture a new part can be saved.

Why splash out on purchasing the latest factory-fresh model if a previous configuration does the job just as well? It seems like an obvious question to ask, but unless you’re organised it can be difficult to get hold of the right part. With a little bit of groundwork and a relationship with a reliable automation equipment supplier, you can spot where using refurbished or obsolete parts can benefit both you and the planet.

There is a lot of work to do before the UK becomes permanently coal-free. To do their bit, manufacturers can take steps to relieve strain on the grid, with the added benefit of reducing their own energy bills at the same time. For more information, visit https://www.euautomation.com/.