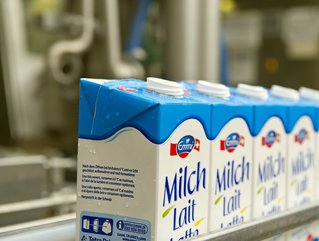 Dairy producer, Emmi, plans to reduce its global CO2 emissions by 25% by 2020 thanks to the progress of its Swiss subsidiary Mittelland Molkerei.

Dairy producer, Emmi, plans to reduce its global CO2 emissions by 25% by 2020 thanks to the progress of its Swiss subsidiary Mittelland Molkerei.

The Swiss firm said that it has taken “a major step forward towards achieving this target” by connecting Mittelland Molkerei in Suhr, Switzerland, to the local district heating network.

Emmi’s Switzerland sites consume around 180-gigawatt hours of thermal energy a year, of which 32-gigawatt hours are accounted for by Mittelland Molkerei in Suhr, which specialises in producing drinking milk, cream and butter.

Until recently, this energy mostly came from natural gas, with the associated CO2 emissions amounting to 6,500 tonnes annually.

The dairy producer says that it is partnering with the local district heating network provided by Fernwärme Wynefeld AG (FEWAG) and the Buchs waste incineration plant.

As a result, Mittelland Molkerei can cover 80%  the energy previously generated with natural gas using heat from the FEWAG network.

Meanwhile, in the winter months, the remaining 20% will be produced using natural gas.

On top of this, Emmi switched to hydroelectric power for all its Swiss sites in 2017.

Emmi bought the remaining 40% of Mittelland Molkerei from AXM Verwaltungs in 2016, boosting its stake to 100%.

Earlier this week, the Swiss firm also raised its sake in Netherland’s AVH Dairy Trade as it focuses on growing its goat milk portfolio.