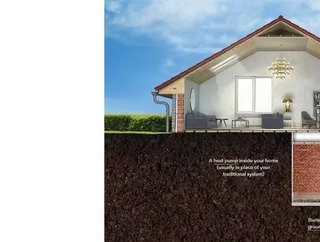 Geothermal start-up Dandelion Energy has closed a $30 million Series B round of funding...

Geothermal start-up Dandelion Energy has closed a $30 million Series B round of funding, bringing the company’s total funding to $65 million.

More than 70% of energy usages in homes comes from heating, cooling, and water heating. Installing a Dandelion Geothermal Heating & Cooling System can reduce a home’s carbon emissions by as much as 80%, while eliminating the need to buy heating fuel.

Dandelion’s innovative business model aligns federal, state, and utility incentives so that homeowners can upgrade to geothermal for less than they’re currently paying to heat and cool their home.

"Through a combination of technology, data and operations, Dandelion is making geothermal heating and cooling cost-effective for the residential market, and working to solve a critical need for homeowners and our energy ecosystem," said Carmichael Roberts at Breakthrough Energy Ventures.

In his new book, How To Avoid A Climate Disaster, Bill Gates writes that geothermal can generate carbon-free electricity but its energy density is quite low - and 40 percent of all wells drilled turn out to be duds.

"Although these problems mean that geothermal will contribute only modestly to the world's power consumption, it's still worth setting out to solve them one by one, just as we did with cars," he writes. "Companies are working on various innovations ... others are using horizontal drills so they can tap these sources more safely and efficiently."

The IEA reports geothermal electricity generation increased by an estimated 3% in 2019, below the average growth of the five previous years. The technology is still not on track to reach the Sustainable Development Scenario level, which would require a 10% annual increase in generation over 2019-30, it notes.

"Policies tackling challenges associated with pre-development risks are needed to increase the deployment of geothermal resources for power generation," it states.