Denmark and the UK global leaders for climate measures 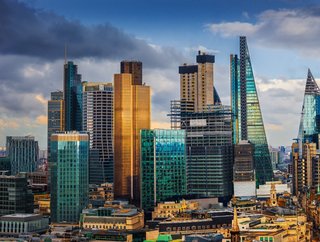 Denmark and the United Kingdom have been ranked as the leading countries in the fight against climate change, according to a report...

Denmark and the United Kingdom have been ranked as the leading countries in the fight against climate change, according to a report released this week by Drax Group Plc. According to Bloomberg, the UK, “the birthplace of the Industrial Revolution, ranks second in mitigating climate change behind Denmark”.

The report has been released at the United Nations climate conference currently being held in Poland. According to Business Insider, “delegates from more than 190 nations [have met to]  flesh out how to reach commitments made under the 2015 Paris Agreement to keep the rise in global temperature below 2 degrees Celsius this century.”

Imperial College London’s Ian Steffell told Business Insider that "we researched how the world is progressing on uptake of the five key technologies and measures needed to limit climate change to 2 degrees Celsius. This reveals Denmark, UK and Canada to be world leading”.

Bloomberg reports that “two-fifths of the world’s electricity still comes from coal. Asian countries including Indonesia, India and Japan are increasing their reliance on fossil fuels”, continuing to note that “by contrast, the U.K.’s phase out of coal-fired generation has been faster than any other country in the world. It has reduced carbon emissions from its power system by more than twice as much as some other countries”.

Behind Denmark and the UK, the study recognises Canada, the United States, Norway, and Portugal as making the greatest strides towards their climate commitments. South Africa, India, and Indonesia were ranked the lowest, scoring less than half as well on the study’s metric than the leading nations.