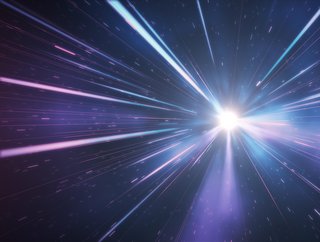 Of the 15 million tonnes of food wasted in the UK each year, around 4 million comes from the manufacturing sector, says FareShare...

Of the 15 million tonnes of food wasted in the UK each year, around 4 million comes from the manufacturing sector, says FareShare.

It says the real problem is that most edible food is being disposed of at manufacturing sites. Sean Robinson, service leader at food automation specialist Novotek UK and Ireland, agrees but argues that as well as reducing waste, manufacturers should seek to derive energy from it.

Nearly 100 of the UK’s leading food and drink manufacturers and retailers have signed up for the Courtauld 2025 drive, including all the major supermarkets. At the drive’s heart is a ten-year commitment to cut the carbon, water and waste associated with food and drink by at least one-fifth. This commitment to preventing food waste is not only admirable, but it could also save businesses up to £300mn a year. But there’s another way to derive value from food waste.

After all, food production creates both waste and by-products with potential energy value. The repurposing of waste can be key to creating stronger overall operations with improved manufacturing effectiveness and higher efficiency. In the overall food value chain, manufacturing sites have the greatest opportunity to maximise the use and value of food waste — particularly if we focus on energy.

One prominent example is biomass from waste units. Another is for manufacturers to make the most of ingredient yields. Given that 4 million tonnes of food wasted each year comes from the manufacturing sector alone, the possibilities here are huge.

A unique and major problem of food waste management is the relatively short shelf life of the waste itself. There is a precedent to recycle food waste into animal feed, which is then sold to farms. Elsewhere, top food manufacturers reuse sludge from municipal wastewater treatment plants (WWTPs) for land applications or composting to produce fertilizer; and then there is anaerobic digestion (AD).

AD is the breaking down of organic matter, in the absence of oxygen, with micro-organisms called methanogens. This waste is broken down to produce energy-rich biogas (methane plus carbon dioxide) and digestate. Food waste can be converted into biogas that, when fed through a combined heat and power unit, becomes energy used to power businesses, homes and communities.

The potential of AD for generating power is significant. According to findings by the Society for General Microbiology, a typical food waste AD plant can generate up to 900 cubic metres of biogas from one tonne of dry organic matter. That’s enough energy to produce 1,800 kilowatts per hour (kWh) of renewable electricity, more than half the average annual consumption of a UK household.

In many respects, AD is the proven winner. However, food plants present unique challenges when maximising gas — and therefore heat, steam and electricity — production. Variability in the mix of food waste inputs into the AD system, and the calorific content of these inputs, can make it a challenge to be sure of getting the most from the energy system.

Fortunately, software and computing power advancements have made it easier to optimise the overall energy system performance. As a supplier of industrial IT and automation solutions, Novotek has found that solutions like GE Digital’s Predix Operations Performance Management (OPM) allow firms to conduct analysis of the complex mix of factors that affect gas production. Through this analysis, they can learn the best ways to run digestion processes with different blends of food waste.

With SCADA systems, operations can be optimised based on insights derived from OPM, which helps operators have a clear understanding of performance, day-by-day and hour-by-hour. A mix of historical, real-time and predicted performance indicators can support decision making and speedier responses to unusual conditions.

According to a research paper by the UK’s Loughborough University, the advantages of real-time digitised tracking were experienced by a ready meal factory that specialised in chicken tikka masala ready meals. Food waste was a significant problem for the plant, with around 1400 kg being produced each week.

The plant’s traditional paper-based system for recording food waste had, unsurprisingly, proven inaccurate and time-consuming. Instead, the plant opted for a digitised and IoT-based tracking system. Among its hardware and software aspects were a weighing scale and touchscreen to measure the weight of food waste; and a software application with which staff could confirm the type and reason for waste. The software included real-time food waste, data visualisation, alerts and detailed analysis — all contributed towards better decision-making and food waste management.

With the food waste tracking system, coupled with staff training, the company was able to reduce its overall food waste by 60.7 per cent. Financially, the company saved approximately £306,873 on food waste compared with the previous year’s results. These savings represented a huge financial gain for the factory.

Similarly to these advantages, advanced control offerings like Emerson’s CPL400 provide a bridge between the real-time process control and the complex analysis being performed by OPM. These systems offer highly compact, very powerful processing capabilities, with the further advantage of segregated resources for the control functions and the IT interactions.

Whether through bespoke modular IoT solutions or inventive recycling technologies like AD, a marriage of processes and technologies will be key to deriving energy and value from food waste. However, the crucial point to take away here is that these automated, smart and analytical solutions must be up to standard to ensure the maximum extraction of energy.