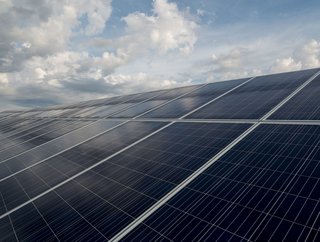 Detroit-based energy company, DTE Energy, is setting an example to other such organisations with an ambitious plan to reduce its carbon emissions by...

Detroit-based energy company, DTE Energy, is setting an example to other such organisations with an ambitious plan to reduce its carbon emissions by over 80 percent by 2050. This promise is in line with targets scientists have suggested are necessary to make an impact on climate change.

"Over the past two years we have studied the engineering and economics of Michigan's energy future very, very carefully," said Gerry Anderson, DTE Chairman and CEO. "We have concluded that not only is the 80 percent reduction goal achievable, it is achievable in a way that keeps Michigan's power affordable and reliable. There doesn't have to be a choice between the health of our environment or the health of our economy – we can achieve both."

Over the past eight years, DTE has spearheaded over $2 billion worth of investment in solar and wind resources, and it is working on transforming its power sources from coal to natural gas. The company currently runs a zero-emissions power plant, Fermi 2, and will continue to strengthen options for customers to save energy and reduce bills. It is hoped that these efforts will garner a 30 percent reduction by the early 2020s, 45 percent by 2030, 75 percent by 2040, and over 80 percent by 2050.

The addition of 3,500 megawatts of natural gas-fired energy capacity to supply 24/7 power and ensure reliability

The steady retirement of the company's aging coal-fired plants, which `continued in 2016 with announced shutdown of 11 coal units by the early 2020s

The investment of $5 billion over the next five years to modernize the electric grid and gas infrastructure, ensuring reliability while creating and supporting more than 10,000 Michigan jobs

Continued heavy investment in energy efficiency and energy waste reduction, helping customers to both save money and take great control over their energy use

"I want to be clear that this plan is more than a commitment to a long-term goal in 2050," Anderson said. "We have already begun fundamental transformation in the way we produce power, and we will press that transformation forward steadily in the years and decades ahead, sharply improving environmental outcomes in the process.

"The transformation of the way we produce power is in full swing. Like all big transformations, this one won't happen overnight. It needs to be planned carefully and will entail big investments, but that can absolutely be done. We are committed to accomplishing this within the timeframe scientists have laid out, and in a way that works for Michigan's economy, homeowners and businesses."